Clifton Lodge SUF #46, historically the headquarters for the Society of United Fishermen (SUF) Lodge #46, is a single storey, wooden building with a mid pitch roof and rectangular windows. It is located at 122 Town Circle, Pouch Cove, NL. The designation is confined to the footprint of the building.

Clifton Lodge SUF #46 was designated a Registered Heritage Structure by The Heritage Foundation of Newfoundland and Labrador in 2021 due to its historic, social, cultural and aesthetic value.

Clifton Lodge SUF #46 has historic value for its association with the presence of the Society of United Fishermen in the region. The Society of United Fishermen was founded in 1873 as a fraternal and mutual benefit organization. It helped to train men in leadership skills, provided information concerning fisheries issues and lobbied on behalf of fishermen. Clifton Lodge has the distinction of being the only SUF lodge ever built in the district of Cape St. Francis. The Lodge was founded in 1900 and named after James A. Clift, the Grand Master of the Grand Lodge in St. John’s. The existing building was constructed from 1924 to 1926 to replace the original lodge that was opened in Pouch Cove in 1900. In addition to voluntary labour and donated building materials, the construction cost was $700.

Clifton Lodge SUF #46 has social and cultural value for its past use as a meeting and gathering place in the community of Pouch Cove and for its role in assuring the wellbeing of its members. One of its primary functions was to provide support to its members and their families in times of need – during an era when minimal social services existed. Food and firewood were often brought to members who had fallen on hard times, widowed of members received financial aid and funerals were arranged for deceased members. Clifton Lodge (often referred to as the Fishermen’s Hall) was used for SUF meetings, Women’s Sewing Circle events, political meetings, trap berth draws, concerts, wedding receptions, soup suppers, dances, movie showings, and various other community meetings, social gatherings, celebrations and events, until the mid 1970s. It was also briefly used as a classroom when renovations were being made to a local school and as a church hall for All Saint’s Anglican Church. It is the site of many memories, both festive and solemn, establishing it as a significant place in community life and memory.

Clifton Lodge SUF #46 has aesthetic value for the original architectural features that have been preserved on its exterior and interior. The Lodge has a long rectangle plan with a full-length 1928 anteroom addition on the south. The exterior is plainly detailed, with some exceptions: the main door has an ornamental pediment and the 1/6 wooden windows on the north wall have hood-style raincaps. Vertical trim boards divide the long northern facade into five bays. The exterior was originally painted pearl grey, with buff on trims and red on windows. A flagpole was also erected on the building. The interior of the Lodge has a vestibule, hall, stage, anteroom and other service rooms. The stage is framed by a proscenium arch and stairs on either side. Interior detail is mostly intact. Walls are clad in v-groove wood paneling and most doors are wood with solid wood trim. The interior colour scheme of red, white and blue is typical of the interior finishing of SUF lodges. It is likely interior elements were reused from the dismantled, original building.

All those elements which represent the historic, social, cultural and aesthetic value of Clifton Lodge, including:
– number of storeys;
– mid pitch roof;
– narrow wooden clapboard;
– wooden cornerboards other exterior trim;
– vertical trim boards dividing the long facade into five bays;
– wooden window size, style, trim and placement;
– hood-style raincaps;
– original size, style, trim and placement of exterior wooden doors;
– size, style and location of pediment over main door;
– size, style and location of anteroom addition;
– form, dimension, location and orientation of building;
– original exterior colours of pearl grey, buff and red;
– all those interior features associated with its use as an SUF meeting place, including a proscenium arch on the stage, v-groove wood paneling, wooden doors with solid wood trim and the interior colour scheme, and;
– association with the SUF. 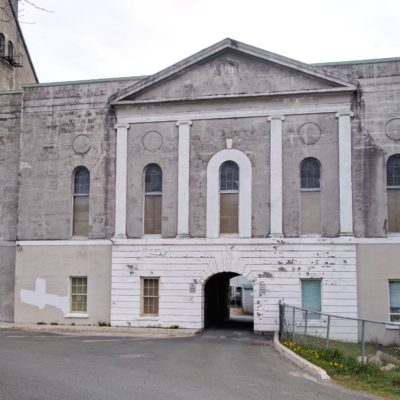 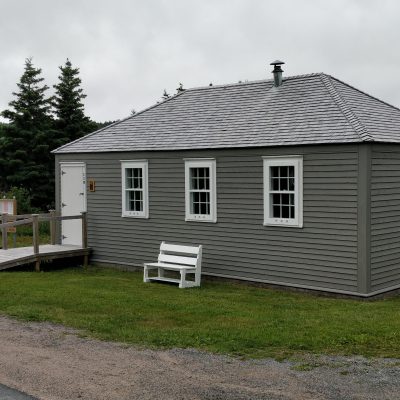 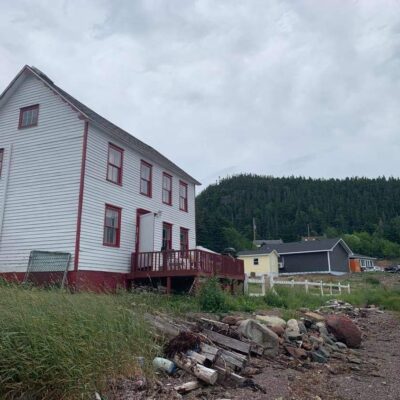