S.O. Steele Building is a three-and-a-half storey brick building located at 100 Water Street, St. John’s. The designation is confined to the footprint of the building.

S.O. Steele Building was designated a Registered Heritage Structure by the Heritage Foundation of Newfoundland and Labrador in 1987 due to its aesthetic and historic value. The S.O. Steele Building has aesthetic value because it is an excellent example of Victorian Second Empire style commercial architecture. Virtually unaltered since its erection in 1894, this building features the original picture windows, recessed entranceways and transom lights, all typical of this type of architecture. Since the original occupants both worked and lived in this building it was designed to serve this dual purpose, having the shop located on the ground level and residential space on the upper levels. The structure’s fourth storey concave mansard roof with hooded dormers is characteristic of the Second Empire style made popular by builders J. and J. T. Southcott in the years after the 1892 fire. The exterior decoration on this building is typical of early 20th century commercial buildings, having a rather ornate store front and a number of less decorative upper levels. Though there is a belt course separating each of the upper levels and arched brickwork surrounding the third storey windows, these features are rather simplistic, resulting in the storefront receiving increased attention. The S.O. Steele Building has historic value because of the persons associated with it. Samuel Owen Steele, who inherited this house from Hannah Martin, was well known within the region for being both a dry goods merchant and an importer of china. It was in this building that he established the china shop, importing in dinnerware from as far away as Japan. Samuel’s two sons, Owen and James, were also well known for their involvement in the First World War. Owen, who was killed at the Somme on July 8, 1916, by a German shell, kept a detailed diary of his service during the war, providing an excellent account of the exploits of Newfoundlanders who fought in the First World War. James survived the war, including the attack at Beaumont Hamel that killed or wounded 710 of his fellow Newfoundland soldiers. Source: Heritage Foundation of Newfoundland and Labrador property file “St. John’s – S.O. Steele Building – FPT 1643″

All original features which relate to the age and construction of the building in a commercial Second Empire style, including: -original storefront layout, mansard roof with bonneted dormers, brick exterior; -original window and door openings; -all original windows including the storefront picture windows; -original doors; -size and appearance of transoms above doorways; -base panels; -signage typical of early 20th century storefronts; -pilasters along storefront; -all decorative brickwork; -all other decorative features including mouldings and trim; -belt course; -overall dimensions, height and location of structure; and, -all interior features of house reflective of age, design and usage of original building. 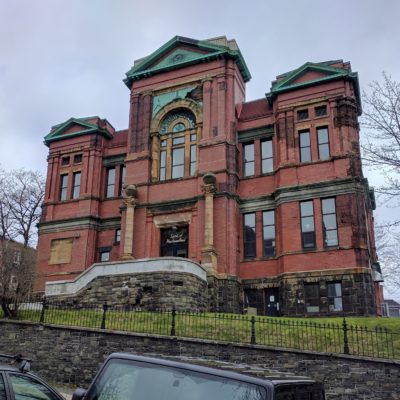 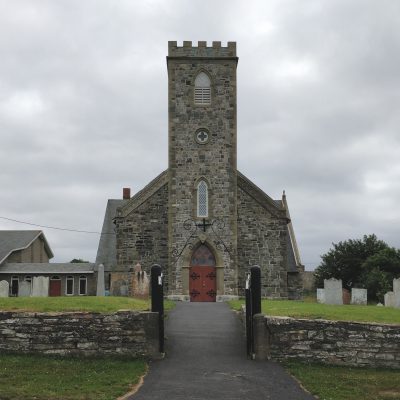 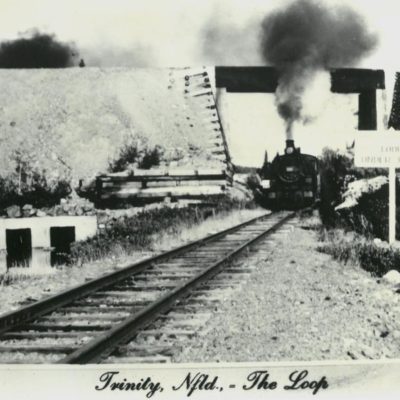