Designated in 2012 as a Distinctive Cultural Tradition and Practice.

Fish and Brewis is a meal consisting of soaked and cooked salt cod and hard bread (brewis). It is thought that the dish was first made on sea voyages, as all the ingredients have long shelf lives. The meal was described in 1766 as a soup made with a small quantity of salt pork cut into small slices with a good deal of fish and biscuit, boiled for about an hour. Fish and brewis was very much a part of an earlier subsistence economy. Before the introduction of modern refrigeration it was also necessary to stock foodstuffs that didn’t spoil easily.

The meal has come to occupy a special place in the culture of Newfoundland and Labrador. It is a foodways tradition that is popular across the province, although the way of making it often varies by community or region. In some places, potatoes were added to the recipe along with the salt fish and hard bread. In Great Harbour Deep on the Northern Peninsula, the traditional method of preparing the dish was outdoors in a cast iron pot over an open fire. Salt beef was also added to the pot. When the meal is cooked, the pot’s contents are emptied onto a flat rock that acts as the dining table and the participants share a communal meal.

Today fish and brewis has become a meal through which to express one’s attachment to Newfoundland and Labrador. Although similar dishes have been noted throughout the Atlantic region, this foodways tradition has spread across Canada with many expatriate Newfoundlanders and Labradorians. Likewise the traditional ingredients required for the meal have been exported throughout the country.

Though the way of life that spawned this meal is in decline, the meal itself has remained a constant and has taken on the role of a traditional meal. 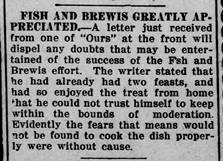 Soldiers missing fat pork for fish and brewis, 1917. From The Fighting Newfoundlander: A History of the Royal Newfoundland Regiment. 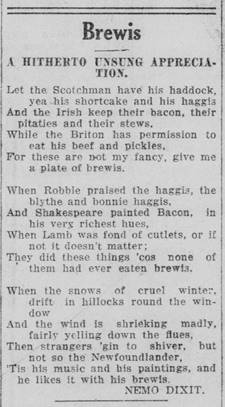 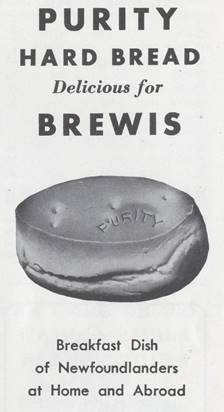 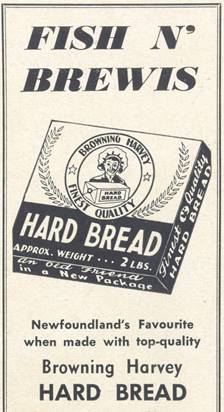 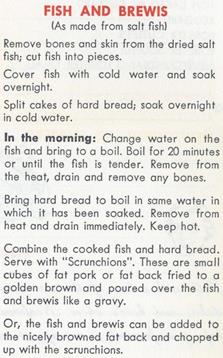 Fish and brewis recipe. A Treasury of Newfoundland Dishes, 1958.

Fish drying, Northern Newfoundland, circa 1960. From The Rooms Archives. 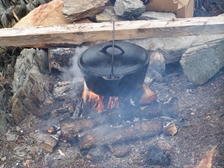 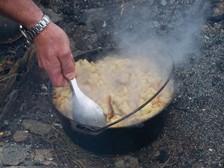