Designated in 2012 as an Outstanding Historic Event.

The word “Resettlement” continues to evoke a strong emotional response decades after the program was abandoned. While resettlement programs were carried out by the Smallwood government with a view to modernizing the province, many residents felt that the programs destroyed a cherished way of life.

The engineering of Newfoundland’s society and economy through resettlement was a plan promoted and administered by senior bureaucrats and political leaders who held the belief that science and technology would create a better world for all. Smallwood considered the plural economy that existed in Newfoundland, which was dominated by household production, to be symbols of economic and social backwardness. His administration believed that bringing Newfoundland “up to” a North American standard of living would require the closure of hundreds of communities and the transfer of production from household to corporate enterprises.  This was to be accomplished by moving these rural communities into an industrialized urban environment.

Through the Provincial Centralization Plan (1953-65) and the Federal-Provincial Fisheries Household Resettlement Program (1965-1970) the Smallwood government sought to move upwards of 800 fishing communities.

Under the Provincial Centralization Plan 115 communities were resettled and 7,500 people displaced. By the end of the Fisheries Household Resettlement Program over 200 communities were closed and 28,000 people relocated.

While some of the population welcomed resettlement, by the 1970s there was growing dissent over the implementation of the programs. Critics attacked the modernist vision by equating it with colonialism. Defending his actions after the program ended Smallwood wrote “I am proud of our accomplishments …it was one of the truly great accomplishments of my Administration.”

The debate over the validity of resettlement has continued long after the abandonment of the programs. The conflict between modernism and an idyllic past has found great expression in the cultural output of the province’s artistic community, where the emotional responses to the forced movement of people have often been laid bare. In many respects the creative efforts of novelists, poets, and theatre troupes such as Codco have eclipsed the work of historians.

Whether the resettlement programs instituted under the Smallwood administration are viewed in a positive or negative light, programs and the cultural responses to them have had a major impact on the identity of Newfoundland and Labrador.

The original designation was made in 2012 following a nomination by Doug Wells, Elliott Premises Management Committee, Harbour Breton. This nomination recognized the resettlement of several communities in Fortune Bay and Hermitage Bay to the community of Harbour Breton from 1954-1971.

In 2013, The Resettlement of Bar Haven, Placentia Bay was added to this designation (Nominated by Peter Morris Bar Haven Heritage Society). The story of this community was representative of the resettlement of Placentia Bay that occurred during the Smallwood administration.

“No Great Future”: Government Sponsored Resettlement in NL since Confederation 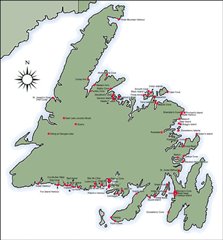 Newfoundland communities affected by resettlement from 1950 to 1959. From MUN Maritime History Archives. 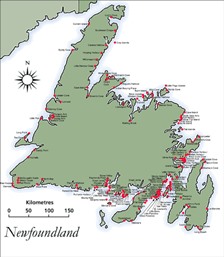 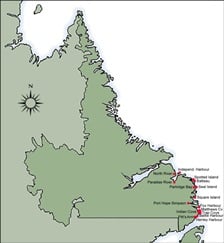 Labrador communities affected by resettlement from 1965 to 1975. From MUN Maritime History Archives. 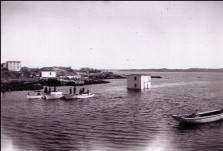 House of John Moss being pulled into Burnside from Flat Island, 1958. From MUN Maritime History Archives.

House of Lionel Cheater being pulled into Burnside from Flat Island, 1958. From MUN Maritime History Archives. 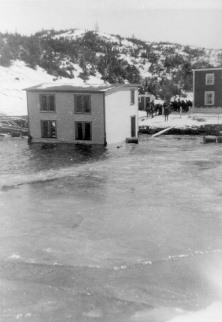 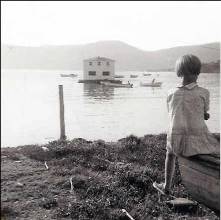 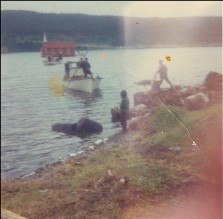 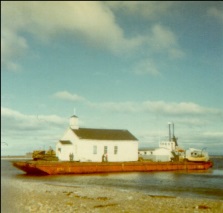