Designated in 2015 as an Exceptional Person From the Past.

Long-serving clergyman, radio communications pioneer, and socio-political visionary, Lester Leeland Burry (1898-1977) was an outstanding advocate for central and northern Labrador, and indeed for the province as a whole, throughout a career spanning over thirty years. For more than a quarter of a century, he provided religious and social services to far-flung, isolated communities extending across a great expanse of central and northern Labrador. He brought new technology in the form of radio communications to remote areas of Labrador, first providing trappers with equipment which allowed them contact with their families and news of the outside world, technology he would also put to use to broadcast regular religious services to isolated communities. Elected the Labrador representative to the National Convention of 1946, Rev. Burry argued passionately and persuasively for Confederation with Canada, and played an important role in policy development related to Labrador in particular. An early advocate of interdenominational education, he remained actively engaged in the life of the province until his retirement, ending his long career in St. John’s as a chaplain to United Church hospitals and serving the Church in a variety of executive positions. He was invested as an Officer of the Order of Canada on April 21, 1970, for his services to the people of Labrador. 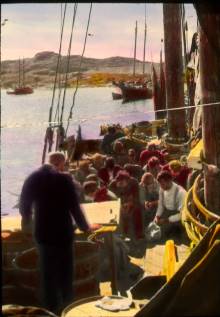 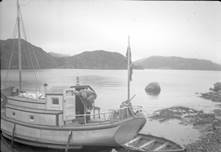 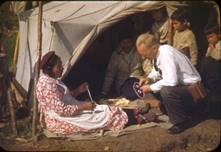 Lester Burry and woman in front of tent. From Memorial University Digital Archives. 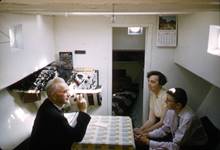 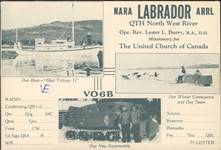 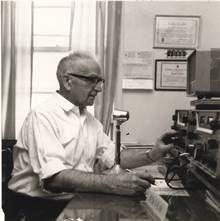