Designated in 2015 as an Outstanding Historic Event.

“The time will come when England will regard this island as the Gibraltar of America.”

The Second World War and the subsequent arrival of thousands of American and Canadian military personnel marked a tremendous turning point in Newfoundland’s history. On the day the war began in September 1939, Newfoundland was a dispirited British dominion-in-abeyance off the east coast of Canada. The Colony was ruled by a London-appointed Commission of Government and kept afloat by loans and grants from the British Treasury. However, Newfoundland’s standing changed dramatically in the spring of 1940 with Nazi Germany’s victorious Blitzkrieg through Western Europe. Only Britain stood defiant, and on the other side of the Atlantic, Newfoundland was now viewed, not only as Canada’s “first line of defence,” but actually “the key to the western defence system.” In a very short time, Newfoundland boasted five military and civilian aerodromes, two naval bases, two seaplane bases, plus five army bases, and tens of thousands of Canadian and American military personnel were posted throughout Newfoundland and in Labrador.

The militarization of Newfoundland precipitated tremendous economic, political, and social changes, and transformed Newfoundland’s future. The military activity completely reversed the financial disasters that led to the loss of Responsible Government in 1934 and introduced a standard of living to the people of Newfoundland that had previously been unavailable to most. People were not willing to return to the “Dirty Thirties” after the war, with its class inequities and barriers, and when offered the chance to join the Canadian confederation, the majority decided to take it.

The campaign was heated, divisive, and religious, and pitted community against community, family against family, but Canada was no longer seen, at least by 52% of the population, as the land-grabbing, resource-stealing “Canadian Wolf.” Newfoundlanders had lived for five years with the Canadians and many married Canadian military personnel. The ties between the two neighbouring dominions were now as much shared experience as commercial or strategic, and this no doubt played a role in Newfoundland’s relatively smooth transition to Canada’s tenth province in 1949.

Regardless of the antipathy some Newfoundlanders still feel towards the province’s union with Canada, especially considering our newfound offshore oil wealth and habitually strained relationship with Ottawa, the fact remains that if it were not for Newfoundland’s transformation into The Gibraltar of America during the Second World War, the province’s fortunes (not to mention Canada’s) could have turned out quite differently.

LEARN MORE > Commemorations Research Paper – The Gibraltar of America: The Establishment of American and Canadian Military Bases in Newfoundland during the Second World War and Their Impact on the People and Future of the Province of Newfoundland and Labrador, by Paul W Collins, PhD

Working for Uncle Sam: The “Comings” and “Goings” of Newfoundland Base Construction Labour, 1940-1945 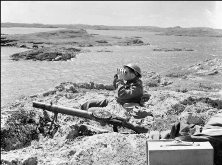 Black Watch of Canada, Botwood, 1940. From Library and Archives Canada. 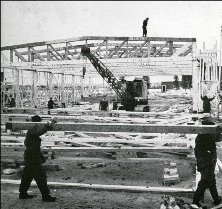 Construction at Goose Bay Canadian Air Station, circa. 1941. From W.C. Carr, Checkmate in the North.

Winston Churchill and Franklin D. Roosevelt off the coast of Newfoundland during the Atlantic Charter Conference, August 1941. From ww2history.com. 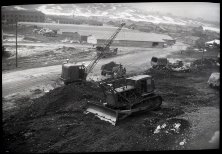 Construction at Fort Pepperrell U.S. Army Base, St. John’s, circa 1941. From The Rooms Archives. 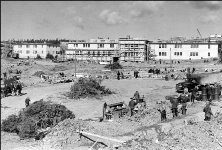 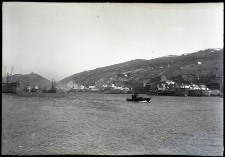 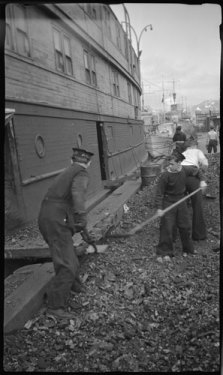 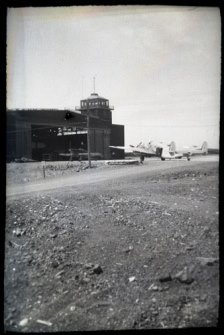 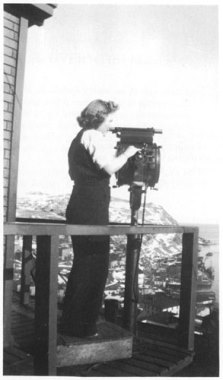 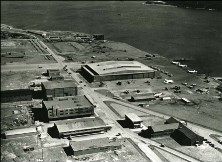 Argentia U.S. Naval-Air Base, 1943. From MUN Archives and Special Collections. 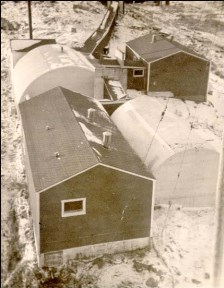 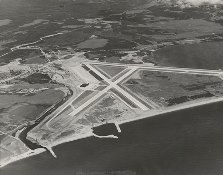 Harmon U.S. Air Force Base, Stephenville, circa 1940s. From The Rooms Archives. 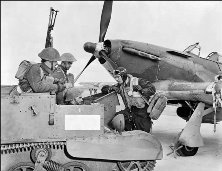 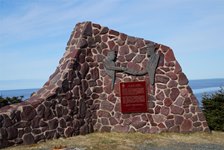