Designated in 2014 as Exceptional People From the Past.

The Fishermen’s Protective Union, under Sir William Ford Coaker’s leadership as president, became a dynamic social, economic and political force unlike anything previously witnessed in the Colony of Newfoundland.

Formed in 1908, the FPU was concerned with the well-being of all the residents of Newfoundland. The union’s rallying cry, “To Each His Own,” was based on the conviction that Newfoundland’s outport “toilers” – fishermen, sealers and loggers – had been severely disadvantaged and downtrodden by existing economic and political structures.

The FPU attempted to remedy the social and economic disadvantages of fishermen through collective action in three broad functions:

At its peak, the FPU had more than 21,000 members in 206 councils across the island; more than half of Newfoundland’s fishermen.

The FPU set up the Fishermen’s Union Trading Co. (UTC) which established stores throughout the province which would purchase fish from fishermen for cash and would also import goods to sell to fishermen directly at a non-inflated price, thus circumventing the St. John’s fish merchants. Previously, merchants did not pay cash for fish but advanced fishermen staple goods at an inflated price on credit and then took the fishermen’s cured fish at the end of the season at rate determined by the merchant – a system which kept most fishermen in perpetual debt making him dependent on the merchant

The FPU’s political role ended with the suspension of responsible government in 1934. The union became a service organization for its members, running businesses and its activities on behalf of fishermen and loggers. The FPU survived into the post-confederation period when democratic politics resumed in 1949 though it ran no candidates and had faded away by 1960. The Fishermen’s Union Trading Co. survived until 1977 when it fell into receivership resulting in its ten remaining stores being sold.

Formation of the Fishermen’s Protective Union

The Fishermen’s Protective Union and Politics 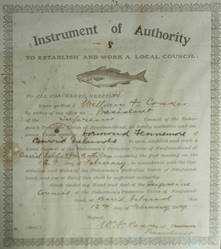 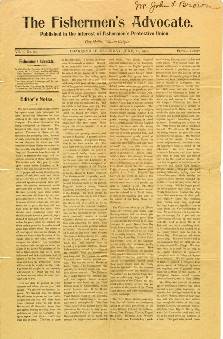 1910 issue of the FPU paper The Fishermen’s Advocate. From Memorial University Digital Archives. 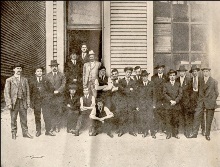 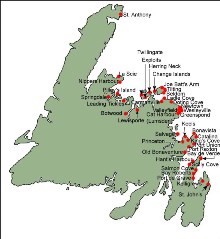 1919 FPU members elected to House of Assembly. From The Rooms Archives.

Port Union circa 1920. From The Rooms Archives. 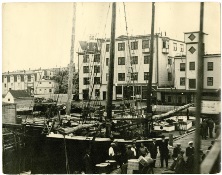 Port Union waterfront circa 1935. From The Rooms Archives. 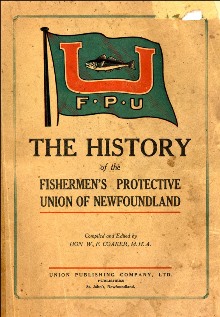