Designated in 2015 as a Distinctive Cultural Tradition and Practice.

The Newfoundland Pony, which evolved from breeds back in the British isles, historically played an essential role in the rural domestic economy. It is a distinctive breed that was used extensively in outport agriculture, in transportation, in industry (such as mining) and for other household activities. Some credit the keeping of ponies as a factor in creating the traditional settled, year-round outport in the mid-nineteenth century. They were valued not only for their utility but also for their temperament, capacity for work and charm. It has been noted that ponies formed close bonds with human families and enhanced family life.

In the second half of the twentieth century the mechanization of transport and agriculture ended the ponies’ role in those activities. By the 1980s the once-numerous ponies were close to extinction. The Newfoundland Pony Society was established in 1981 to reverse this decline and their efforts, together with those of others, are showing success. Even so, the numbers of ponies remains low and they are considered an endangered breed by several organizations. Provincial legislation in 1997 recognized the breed’s heritage status and gave legal protection to the pony. 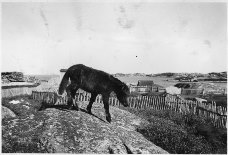 1939 photo of pony in Badger’s Quay. The Rooms Archives. 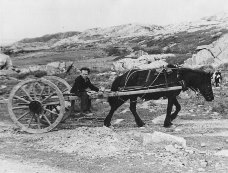 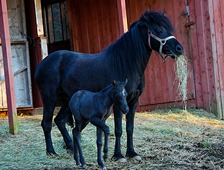 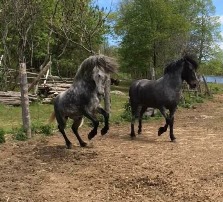 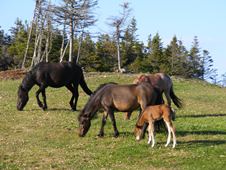 Newfoundland Ponies in Cappahayden on the Southern Shore. Photo courtesy of Liz Chafe. 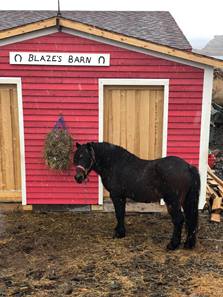 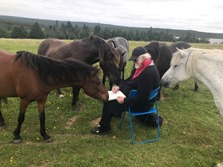 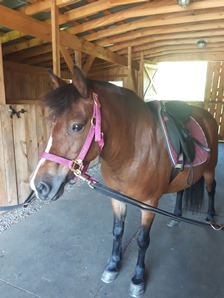