The Anglo American Telegraph Company Cable Office was designated a Registered Heritage Structure by the Heritage Foundation of Newfoundland and Labrador in 2005 due to its historic and aesthetic value.

Constructed circa 1876, the Anglo American Telegraph Company Cable Office has historic value because of the role it played in transatlantic communications during the late nineteenth and early twentieth centuries. In 1873 the Anglo American Telegraph Company built a land line from Heart’s Content, the main cable station on the island of Newfoundland, to Placentia. The cable station in Placentia was in turn connected with St. Pierre and Nova Scotia via a new submarine cable. As a result, the Placentia office provided a vital service, relaying messages between Europe, North America, St. Pierre and Heart’s Content.

The Anglo American Telegraph Company Cable Office has aesthetic value as it is reminiscent of the simple style and design often employed in the construction of company owned structures in outport Newfoundland. The 1940s addition also serves as a representative example of the tradition of remodelling homes to meet the evolving needs of residents. The expansion of this particular space proved beneficial as it provided supplemental income. During the 1940s and 1950s, the space was made available to American service men and their families while they were waiting for housing on the base in Argentia. The space was later converted into a convenience store.

All those exterior features that reflect the outport, vernacular style of the company building including: 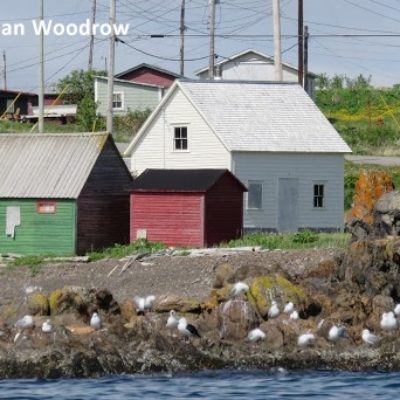 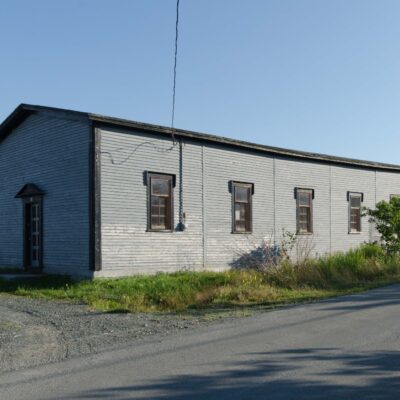