The Burgess Property was designated a Registered Heritage Structure by the Heritage Foundation of Newfoundland and Labrador in 2020 due to its historic and aesthetic value.

Burgess Property is a collection of structures built and operated by the Burgess family over six generations. The arrangement of the property’s component buildings speaks to settlement patterns in the late 1800s while the structures themselves are good examples of both residential and working buildings of the period.

The Burgess family arrived in Newfoundland prior to 1812 and lived for a generation in Carbonear. In 1862 Charles and Sarah Burgess and their three children moved to Whiteway (then known as Witless Bay, Trinity Bay) becoming the community’s first permanent residents. By 1871 the Burgess family comprised eight of the community’s twelve inhabitants. Though early Burgess men were recorded simply as fishermen the family was active in several lines of business. It is believed early Burgesses practiced sail-making, their saw mill produced lumber for house- and boat-building in the region while also supplying their own cooperage, and Naomi Burgess, daughter-in-law to Charles and Sarah, was a midwife who practiced from the property.

The Burgess buildings are located between Jimmy Rowe’s Pond and Trinity Bay, the former a source of fresh water and ice for the family and the latter a source of income. The house, saw mill, stable, store, and root cellar sit on either side of Burgess Lane while the fishing stage is located nearer the salt water and is separated from the other structures by Route 80. The cluster of closely spaced buildings are part of a single enterprise and speak to the diversified functions of outport family premises and the different sources of income they often drew on. Their continuity helps to imbue a sense of how the property was inhabited and operated for more than 100 years.

The Burgess structures are largely utilitarian and exhibit no decorative trim. The house is differentiated from the outbuildings by the use of clapboard rather than wood shingles which were once widely considered a rough, inferior cladding but which would have been readily available from the mill. The design of each structure speaks to its function and evolution over time. The large door of the mill, for instance, is clearly meant for loading material and equipment while the store addition to the stable is differentiated by a lower roof slope and different roofing material. The outbuildings and an earlier house were constructed between the 1860s and early 1900s, though individual dates of construction are unknown. The present house was built circa 1902 for Richard and Jane Burgess after the previous house was destroyed by fire.

All original features of the house which relate to the age and style including:

All original features of the mill which relate to the age and style including:

All original features of the stable and store which relate to the age and style including:

All original features of the root cellar which relate to the age and style including:

All original features of the stage which relate to the age and style including:

All features of the property which speak to its historic function including:

-the relationship of each building to each other and the road; and
-the location of all buildings between Jimmy Rowe’s Pond and Trinity Bay. 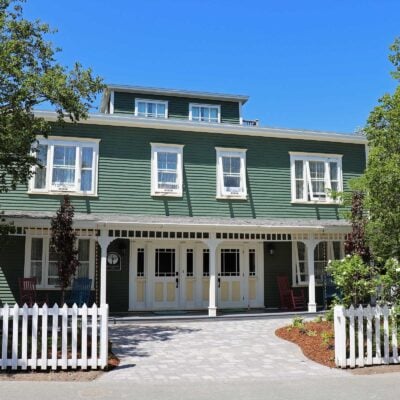 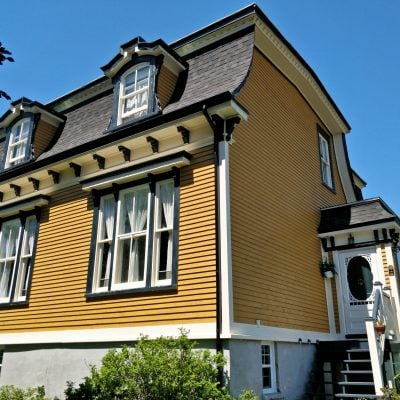 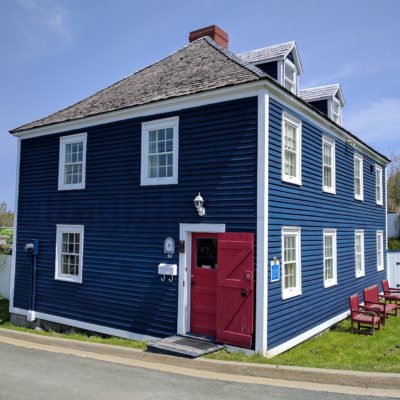