The C.N. Railway Station is a one-storey wooden building with a low-pitched hipped roof. Located in Carbonear, NL the designation is confined to the footprint of the building.

The C.N. Railway Station was designated a Registered Heritage Structure by the Heritage Foundation of Newfoundland and Labrador in 1987 due to its historic and aesthetic value. The C.N. Railway Station has historic value due to its associations with transportation in Newfoundland. After much hard work, the section of railway connecting Carbonear to the growing railway system in Newfoundland was completed in 1898. The building of the railway stimulated economic development in the region and provided many local residents with employment. The current building replaced an earlier, smaller building following the expansion of the rail to Bay de Verde and was completed in 1919. The railway was also the centre of much political debate over the years. On October 7, 1932 the trains were delayed because of a riot. The next day a train from St. John’s brought in 100 policemen to restore order. Though the railway is no longer in use, the railway station stands as a reminder to residents of Carbonear of the history surrounding the railway system in that area. The C.N. Railway Station has aesthetic value because it exemplifies the kind of railway station used through Newfoundland during the 100 years the railway operated in Newfoundland. The C.N. Railway Station is a one-storey rectangular wooden building with a low pitched hipped roof. Large eaves extend out over the wooden porch, once acting as a weather guard for those waiting at the station. The interior division of the building into three separate sections is reflective of its use as a railway station, each section serving a particular administrative function. In addition to the roof, other traditional elements of this building that have been maintained over the years include the narrow wooden clapboard and window and door placement, reminiscent of traditional building styles of the early 20th century. The C.N. Railway Station has further aesthetic value because of its placement within the town. Located at the beginning of historic Water Street, the railway station is in the middle of Carbonear commercial centre which has been active for over three centuries. Source: Heritage Foundation of Newfoundland and Labrador property file “Carbonear – C.N. Railway Station – FPT 1500”

All original features which relate to the age and style of the building including: – Low-pitched hipped roof; – Wooden construction; – Narrow wooden clapboard; – Shape size and location of doors and windows; – Large open/closed porch; – Size, dimensions and orientation of building; – Location within the community of Carbonear; – All interior features that reflect the age, style and traditional usage of the building, and; – Historic yellow with green trim paint scheme. 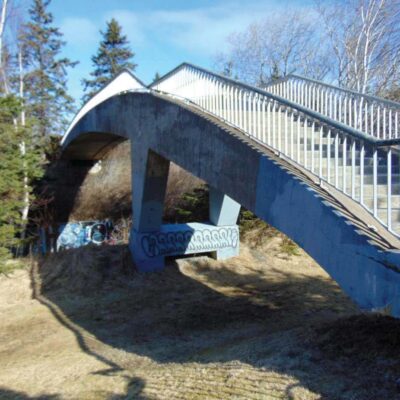 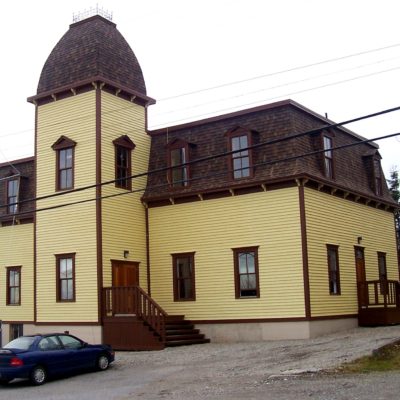