Built in 1870, the Customs House is a two-and-a-half storey administrative building located at 1 Water Street East, Harbour Grace, NL. The designation encompasses the entire property surrounded by the fence, including the stairway leading to Colston’s Cove.

The Customs House was designated a municipal heritage site by the Town of Harbour Grace due to its aesthetic, historic, and cultural value.

The Customs House has aesthetic value as an example of a 19th-century, Georgian style government administration building. Unique among structures in Harbour Grace’s Registered Heritage District – which are typically of wooden or stone construction – the exterior of the Customs House is comprised of red brick, sandstone, and granite, denoting its administrative character. The Customs House occupies a strategic location near the south side of Water Street, which offers an uninterrupted view of the harbour and easy access by boat. Along with its administrative functions, the Customs House was home to the customs officer, his family, and servants. This use is evident in the cloistered servants’ stairway which offers access to two floors and the attic, the latter being the servants’ quarters. Other Registered Heritage Structures in the District, notably Hampshire Cottage/Garrison House, located across the street, have associations with the Customs House property. For instance, Hampshire Cottage/Garrison House was originally constructed for John Bayley, a wealthy lawyer and sub-collector of customs in Harbour Grace.

The Customs House has historic value due to its connection with several historic characters and events. Local folklore posits that the earliest structure on this site was the pirate Peter Easton’s fortifications, constructed circa spring 1612. In 1612, colonist John Guy landed salt at a nearby cove, naming the area “Colston’s Cove” in honour of his brother-in-law, William Colston. By 1618, poet and colonist Robert Hayman managed the community’s first settlement in this area, then called the “Bristol’s Hope Colony.” Hayman summered ten years on these grounds, spending his spare time cultivating a rose garden and writing poetry. These poems, collected as Quodlibets and published in 1628, are considered the first works of English creative writing written in North America.

The Customs House is the third customs house in Harbour Grace’s history. The first customs house was reportedly in the vicinity of the Two Sisters rock formation, on the tip of Bears Cove. The Water Street location – the second location – served as the customs house from at least the year 1800. George Kemp, MP for Poole, made a special request to the British Government that a customs house be erected in Carbonear for the benefit of the numerous importing and exporting firms in Conception Bay, as the distance to St. John’s proved inconvenient. The government granted this request around 1800, but decided the customs house would be in Harbour Grace, to the disgust of G. & J. Kemp, who ran a substantial business in Conception Bay. This customs office was a wooden, one-storey, thatch-roofed structure. In 1867 the Newfoundland Legislature passed the Supply Act, which granted $6,000 to construct a new customs house in Harbour Grace, in the same Water Street location. Writing in the Harbour Grace Standard newspaper, a resident complained the second customs house building was now an “old, crumbling apology for a Custom House,” in need of replacing before it fell down.

George Tapp, a resident from St. Philip’s, built the new brick and slate-roofed structure for the government in 1870. The Gordon family lived upstairs immediately after its completion. The Customs House was the centre of business and international trade for all Conception Bay ports and reinforced the commercial character of Harbour Grace. Vessels leaving Newfoundland would be subject to government tariffs. Customs duty taxes would be collected on imported goods and animals. Later, the Customs House was a tuberculosis clinic and an office for the Department of Social Services.

The Customs House has cultural value due to its adaptive reuse as the Conception Bay Museum. The Conception Bay Museum Association Inc. was founded in 1970 for the purpose of preserving local history. Opening a regional museum in Harbour Grace’s old Customs House and developing a trail system from Brigus to Placentia, were the first steps of the committee’s five-year tourism plan for the region. In recent years, with the help of committed volunteers, talented coordinators, and engaged student employees, the Museum has expanded its horizons. New programming has included book launches and signings; popular Halloween Haunted Hike fundraisers and heritage walks; a regularly updated website, database, and electronic archive; concerts in the park; scavenger hunts for children; and pub quiz nights. Television features on CBC’s Still Standing, UNIS TV’s Hors Circuits II, and in Newfoundland and Labrador Tourism marketing are recent highlights of the institution’s continued growth and regional importance. In the fall of 2018, after partnering with the municipality and the provincial government, the Museum board of directors restored the Colston’s Cove Stairs, one of the founding committee’s first plans for the outside grounds. On October 21, 2020, the National Trust for Canada awarded the Museum the Ecclesiastical Insurance Cornerstone Award in the ‘Resilient Places’ category.

All those elements that encompass the age, style, and original construction of the building, including: 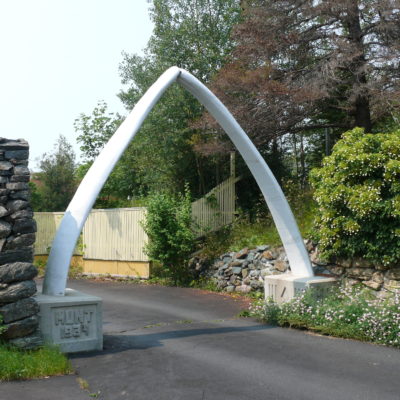 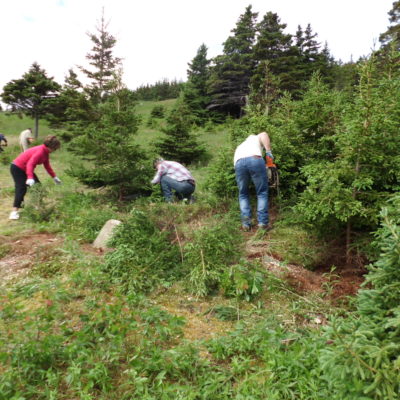 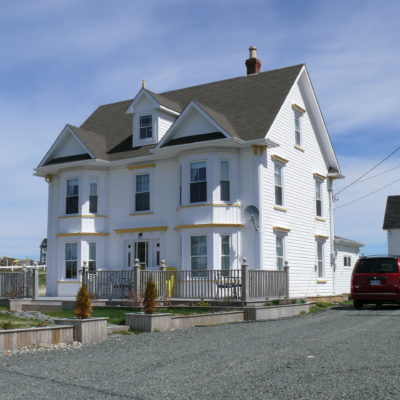