James Ryan Tenement House was built between 1879 and 1880, and is a two-and-one-half storey, wooden double residence with a steep gable roof, bargeboard and finials. The building is located at the eastern perimeter of the James Ryan Premises on Old Catalina Road, Bonavista, NL. The municipal heritage designation is confined to the footprint of the building.

The James Ryan Tenement House has been designated a municipal heritage site by the Town of Bonavista because of its aesthetic, historical and cultural values.

The James Ryan Tenement House has aesthetic value as it is an interesting, well preserved example of a nineteenth century double house, as well as an excellent surviving example of a Newfoundland outport merchant’s staff house. Its style, while simple and uniform, presents a stately, respectable façade, the front permitting entry to the two separate living areas. In terms of its original function, the James Ryan Tenement House is one of few similar structures remaining in the province. Merchants would often build such houses to accommodate employees and their families, particularly senior management like Robert Brown of Scotland, one of the first residents of the James Ryan Tenement House. Modelling their properties on their English West Country predecessors, Newfoundland outport merchants often built plantation style premises, with their business properties, dwelling houses and gardens in close proximity to one another. The James Ryan Tenement House would have been part of such a premises.

James Ryan Tenement House has further aesthetic value due to its visibility on the cultural landscape of Bonavista. It is a large building situated at the centre of the community, visible from land or sea. Furthermore, it is located on the eastern perimeter of the James Ryan Premises, a striking cluster of related period buildings which form the Ryan Premises National Historic Site.

The James Ryan Tenement House has historical value because of its association with the merchant firm of James Ryan. During the late 1800s and early 1900s, Ryan operated one of the most successful outport merchant firms in the colony. He began his firm in 1857 in Bonavista, making the community the headquarters of an operation that had interests across the island and in parts of Labrador. His business was lucrative enough that he had tenement houses built for some of his employees. The James Ryan Tenement House stands as a reminder of the economic success of the Ryan firm and its impact in Bonavista.

The James Ryan Tenement House has cultural value as it is a physical reminder of a specific time and place. During the 1800s in rural Newfoundland, St. John’s merchants began to replace West Country merchants and their agents. In many communities local businessmen also established independent firms, conducting international trade with Europe, the West Indies and South America. Some of these firms grew into very large operations, having premises in several different communities. Bonavista served as a base for several such firms. The community became a mercantile centre and was among the more prosperous settlements in the colony. The James Ryan Tenement House stands as a reminder of this past time and place.

All those elements that define the nineteenth century vernacular style of architecture, including:

-bargeboard, finial and drop on eaves;

-placement of windows and doors on front facade to denote double occupancy;

-location and style of linhay on rear facade; 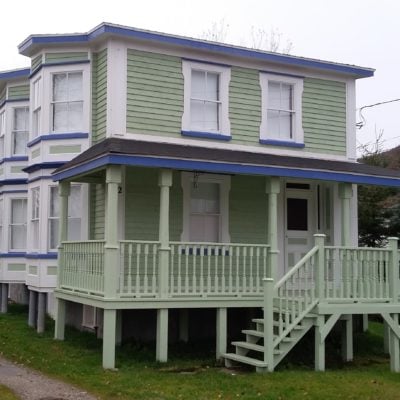 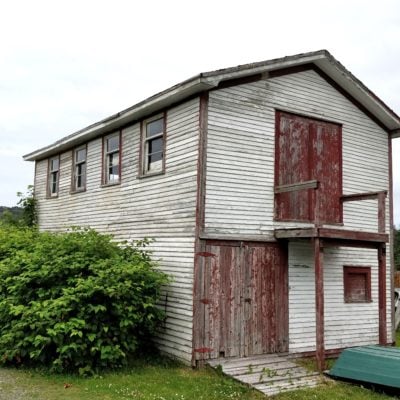 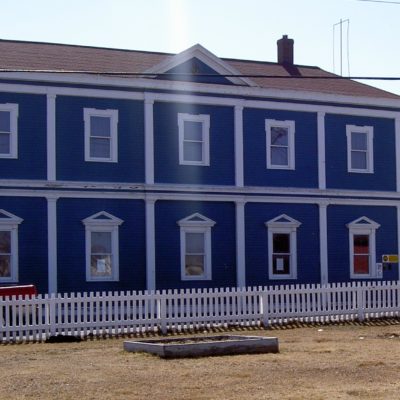