The Martin McNamara House is a simple, hipped roof wooden house located at 15 Plank Road, St. John’s. The designation is confined to the footprint of the building.

The Martin McNamara House was designated a Municipal Heritage Building by the City of St. John’s because it is aesthetically and historically valuable.

The McNamara House is a rare example of a central chimney, wooden house located within the City of St. John’s. Built prior to 1849 this home likely dates to the 1700s because of its style. Located in what used to be a primarily Irish immigrant neighbourhood, the house is reminiscent of very early Irish vernacular construction. The central chimney is prominent on this small, hipped roof house and was a primary heat source for 18th-19th century homes. Rooms on both sides of the house could be heated from fireplaces joined to one chimney. Other details, such as the narrow clapboard, six over six windows and wide corner boards give this house a classic, vernacular appeal.

McNamara House has historic value because the simplicity in style reflects a time and place when St. John’s was a small fishing town. The house was constructed on Brine’s Farm, which was part of a crown land grant to James Brine, and the structure appears on Noad’s Map of 1849. Martin McNamara, a fisherman, bought the property from the Brine estate in 1857 and it is still used today as a residence. Structures like the McNamara House are a rarity in St. John’s, making this home particularly important in history.

All elements that are reflective of the building’s early Irish vernacular design, including:

-number and dimensions of windows;

-orientation towards St. John’s harbour, and; 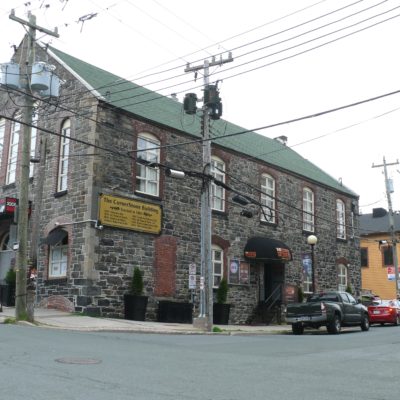 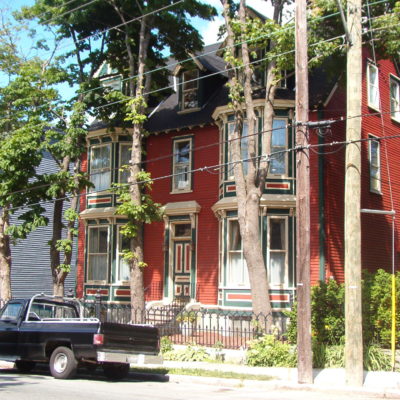