The Parsons/Collis Building was designated a municipal heritage site by the Town of Harbour Grace due to its aesthetic, historic, and cultural value.

The Parsons/Collis Building has aesthetic value due to its vernacular commercial style. Constructed circa 1858 as the easternmost building of three – once known collectively as “Pike’s Block” – the building began as a two-and-a-half-storey commercial structure with a residence above. All three buildings were originally mercantile structures with steep gable roofs, dormers, and storefronts – a typical mid 19th century building form in the commercial area of Harbour Grace. After the fire of August 17, 1944, the commercial and architectural character of Water Street changed significantly. But the Parsons/Collis Building has remained relatively unchanged in the years since. The other two buildings which comprised Pike’s Block were demolished around 2000.

The Parsons/Collis Building has historic value due to its connection with both the Parsons and Collis families. Simeon Henry Parsons, born in Harbour Grace, purchased one of the Pike’s Block buildings around 1870, where he operated a photography studio, alongside his cabinetmaking, upholstery, and undertaking business. After moving to St. John’s in 1871 and focusing on photography fulltime, Simeon published several books of photos, perhaps the most extensive photographic record of the period. Later, his nephew Reuben Taylor Parsons inherited the building and the business A. & E. Parsons, including the photography studio. Although he did not garner the renown of his uncle Simeon, Reuben’s photographs are nevertheless invaluable resources. Much of Harbour Grace’s extensive photographic record from the early twentieth century is due to Reuben’s skill as a photographer. He and his son Bill also documented numerous transatlantic flights at the Harbour Grace Airstrip, where Amelia Earhart successfully crossed the Atlantic solo in May 1932.

The building’s historic value is also tied to its association with the Collis family, well-known piano manufacturers. Althelstan Lockyer Collis was born in 1881 and raised in Trouty, on the Bonavista Peninsula. He spent five years in Montreal studying voice, piano, and organ, before settling in Harbour Grace around 1908 to start a piano repair and tuning business. He initially operated from his LeMarchant Street home but travelled the province for extended periods each year to reach remote clients. His son Leslie, inspired by his father’s musical inclinations, soon joined the family business.

After his father’s death in 1940, Leslie embarked on a significant expansion of the piano repair business. He purchased the eastern Parsons building in 1940 and proceeded to establish a piano showroom and a repair and finishing shop. During this time Reuben, and later his son Graham Maxwell Parsons, continued to operate businesses in the adjoining units. During downtimes the Collis workshop would even produce caskets for Max’s funeral parlour. Over time Leslie expanded the business even further and began to build pianos onsite. Part of the establishment of the piano factory included building a 1000-foot extension to the rear of the main building in 1960.

As business continued to grow, the Collis family relocated to St. John’s, eventually establishing seven stores across the island. Leslie’s son Alastair joined the family business in 1976 and took full control after his father’s death in 1982. The Collis family eventually purchased the remaining Parsons buildings, primarily using them for storage. With increasing international competition, the Harbour Grace store and factory closed permanently in 2001, though production continued in St. John’s until 2010.

The Parsons/Collis Building has cultural value due to its long association with visual arts and music in Newfoundland. Simeon Parsons’s first forays into photography began in Harbour Grace at the Parsons/Collis Building. His son Reuben Taylor Parsons continued the family interest in photography. The Collis family are similarly memorable for their contributions to music in Newfoundland. Athelstan and Leslie travelled across the island tuning and delivering pianos to various isolated locales. The latter was also highly regarded for his contributions to the development of the Kiwanis Music Festival. In 1943, A.L. Collis and Son built 17 pianos—five grand, six baby grand and six upright models—for the U.S. Navy and U.S. Army at their Harbour Grace location. One of these, a Wurlitzer Baby Grand, was sent to the U.S. naval base in Argentia. According to the Telegram, “no piano in this province [had] gotten more play in its day,” with such luminaries as Bob Hope, Frank Sinatra, Connie Francis, Vera Lynn and Jayne Mansfield playing its keys.

All those features that relate to the commercial vernacular style of the building, including; 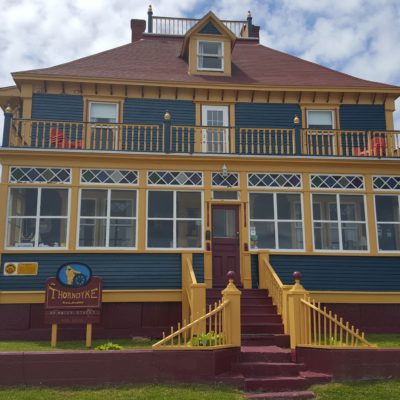 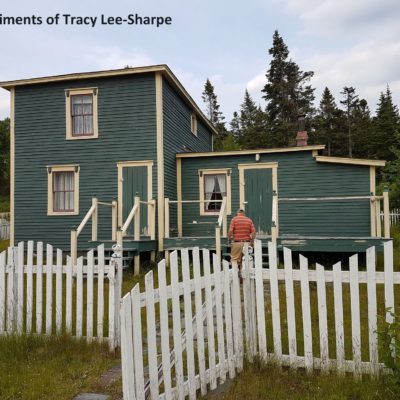 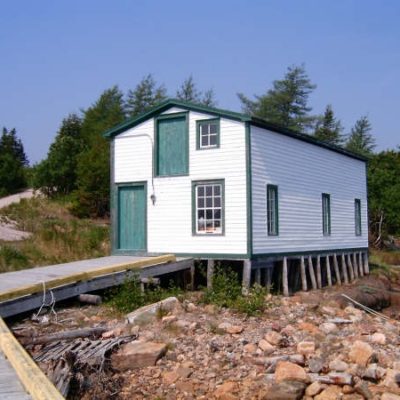