The Pye House is a two-and-a-half storey, wooden framed house with a steeply pitched gable roof located in Cape St. Charles, NL. The designation is confined to the footprint of the building.

The Pye House was designated a Registered Heritage Structure by the Heritage Foundation of Newfoundland and Labrador in 2003 due to its aesthetic and historic value. The Pye House has aesthetic value as it is reflective of a type of house built on the southern Labrador coast during the latter part of the 19th century. The house was built using typical wood frame construction and the exterior was decorated in a simplistic and symmetrical manner. Though this type of house was a common sight in Cape St. Charles in the early 20th century, the Pye House is possibly the only remaining structure of this kind in the area. The aesthetic value of this house lies in the fact that it reflects, both inside and out, the craftsmanship of early builders in Cape St. Charles. The Pye House has historic value because of its long standing associations with the Pye family. They are well known to all in the community because they have occupied this house since the time of its being built. Additionally, the Pye House has been, throughout the years, the location of a general store, a post office and a midwife’s birthing quarters. The usage of this house for public amenities makes it a memorable structure in the community. Source: Heritage Foundation of Newfoundland and Labrador property file “Cape St. Charles – Pye House – FPT 1723” 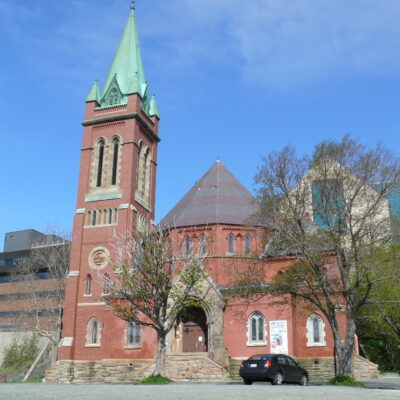 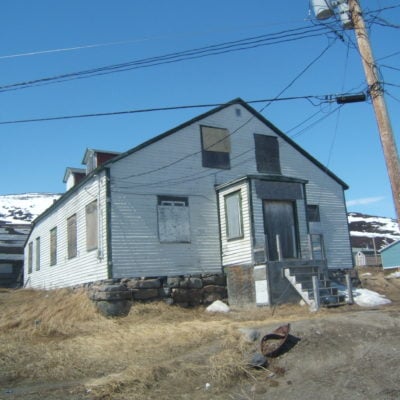 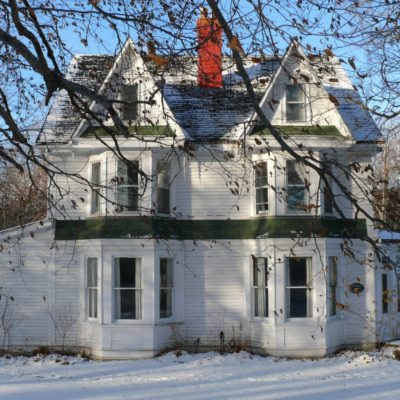