St. Andrew’s Anglican Church is a Gothic Revival church with a steep pitch roof and corner tower. Built from 1867-79, it is located in Brooklyn, NL. The designation is confined to footprint of the building.

St. Andrew’s Anglican Church was designated a Registered Heritage Structure by the Heritage Foundation of Newfoundland and Labrador in 1992 due to its aesthetic, spiritual and cultural value.

The first known service at St. Andrew’s Anglican Church  took place in November 1879. At the time of its completion, St. Andrew’s was the mother church for the surrounding area, including Lethbridge, Bloomfield, Musgravetown and Canning’s Cove. When a visiting clergyman arrived for a service local people raised the Union Jack on Goose Head to notify the neighbouring communities. Parishioners would flock to the service on foot over the ice floes in winter and by boat in summer.

St. Andrew’s Anglican Church is an ornate example of a wooden outport church in the Gothic Revival style. This picturesque church was entirely handcrafted, with great care given to each decorative detail. The exterior is set off by the Gothic cusped arch windows and the tapered bell tower with its soaring spire. Other Gothic features can be found in the elaborate interior details, particularly in the Queen Anne arches. Most notable is the fact that this building was constructed entirely by local craftsmen, using locally harvested timbers cut with a pit saw. The construction of St. Andrew’s was led by carpenter Caleb Marshall. Marshall was known for his skilled craftsmanship in the construction of churches. He would go on to build St. Paul’s Anglican Church in Trinity and St. James Anglican Church in King’s Cove. He was likely also involved in the construction of St. Nicholas’ Church in Flat Islands.

The present-day St. Andrew’s remains almost exactly the same as in Marshall’s day. The only major reconstruction occurred when the spire blew down in the 1940s, and was rebuilt in the same style (save for the louvred windows, which were rebuilt as arches, rather than the original diamond shape). The craftsmanship seen in this small church is a testament not only to the historic importance of religion in even the smallest outports, but also to the traditional building and woodworking skills once held by many rural Newfoundlanders. 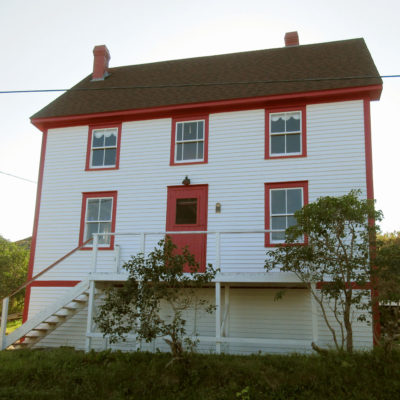 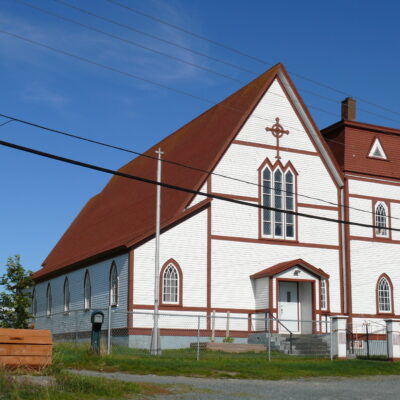 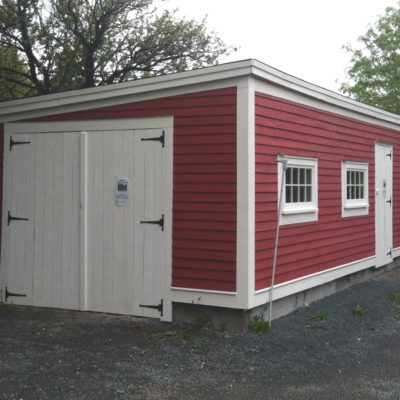