The New House, 335 Southside Road, is one half of a three storey wooden residential duplex located in St. John’s, NL. Built between 1876-1878, it is a fine example of Second Empire design. The designation is confined to the footprint of the building.

The New House, 335 Southside Road, has been designated a municipal heritage building by the City of St. John’s because of its aesthetic, historical and cultural values.

The New House, 335 Southside Road, has aesthetic value as it is an excellent representative example of Second Empire style housing, a type which gained great popularity in St. John’s during the mid 1800s. The concave-curved mansard roof with pedimented dormer windows, the decorative brackets under the eaves, and elaborate pilasters and entablatures on the front facade are elements characteristic of the Second Empire Style as it appears in St. John’s. The house is also a fine example of the craftsmanship of master builder William Campbell, who is more well known for his work on George Street United Church.

The New House, 335 Southside Road, has historical value because of its association with the White family and their descendants. Edward White and his sons made a significant contribution to the fishing industry in Newfoundland. They were sealing captains and the elder White was also a shipbuilder who pioneered the use of large wooden steamers in the seal fishery. Edward White also made contributions to the political and social development of the colony, serving as a member of the Legislative Council from 1861-1885 and minister without portfolio from 1882-1885. During his tenure in politics, White introduced the first sealing legislation that included in its provisions a fixed date for the opening of the seal-fishing season. One of the best-known residents of the New House was Newfoundland scholar and educator George M. Story, Edward White’s great-grandson. His collaborative effort, The Dictionary of Newfoundland English, remains a definitive study of Newfoundland culture.

The New House, 335 Southside Road, has cultural value as it stands as a physical reminder of a particular time and place. When the house was constructed, Southside Road existed as a mixture of fishing and boat building premises situated in close proximity to a small number of impressive homes. While some of these homes still remain, modern improvements to the waterside have changed the landscape of the area. Buildings such as the New House are reminders of this earlier time.

All elements that define the building’s Second Empire design including:

-size, style, trim and placement of transom window on entrance;

-chimney style and placement; and, 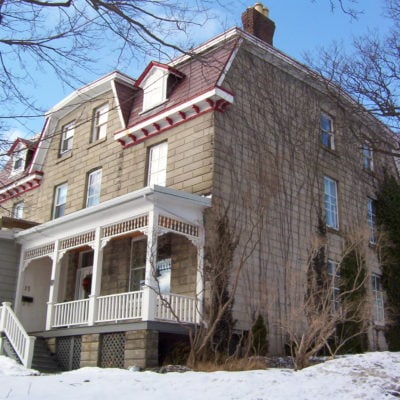 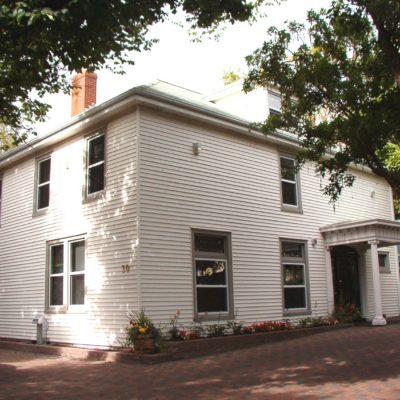 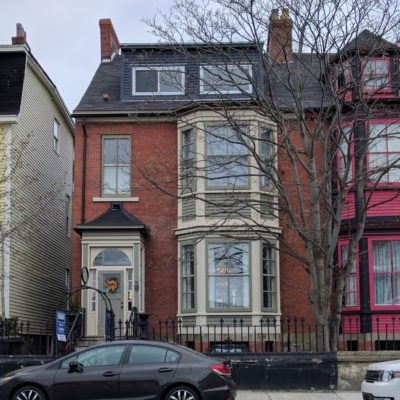