Victoria Hall is a wooden, two storey structure with a low pitch gable roof. Located on Church Street in Fortune, NL and built circa 1883, Victoria Hall once served as the meeting place for Fortune’s Masons. The designation includes the building and surrounding land.

Victoria Hall has been designated a municipal heritage site by the Town of Fortune because of its historic, cultural and aesthetic value.

Victoria Hall has historic value due to its association with the Free Masons, an internationally known fraternal organization. Masons in Newfoundland received their first warrant in 1746. Victoria Lodge #1378 was constituted on July 17, 1871 under Master James P. Snook, and predates the lodge in neighbouring Grand Bank, which was started as an offshoot of Victoria Lodge. Victoria Hall was home to the Masons from the time of its construction until 1996, when membership had declined and Victoria Hall was closed.

The building was designed by Henry J. Haddon, a respected figure in Fortune’s history. Before the construction of Victoria Hall, meetings were held in his home. Haddon played an instrumental role in the social and cultural development of the community. He initially came to Fortune to pursue a teaching career but resigned in 1863 to become the town’s Justice of the Peace.

Victoria Hall has cultural value as it is a physical reminder of a time when fraternal organizations played a significant role in society. Membership in such organizations was a highly sought after honour. Pride in the affiliation with Freemasonry is reflected in the use of Masonic symbolism on the facade of Victoria Hall. Located on one of Fortune’s main streets, this symbolism speaks directly to Masons and indirectly to other citizens who may not know the exact meaning of the symbols but realize their associations with Freemasonry.

Victoria Hall is of aesthetic value as an example of a utilitarian, refined Masonic building in an outport setting. While its exterior is practically devoid of ornamentation, some Masonic symbols remain on the front facade, including a Masonic insignia inset and a Masonic “G” insignia on the front porch. The two covered, open porches are of further aesthetic interest. Porches like these, including a roof supported by two triangular windbreaks on either side of the door, are common in many places in rural Newfoundland and Labrador, but are being replaced by larger, enclosed porches. Scalloping provides a quiet, decorative detail to the front porch while the side porch is unadorned.

Of further aesthetic value is the associated fenced yard that is typical of land use patterns within the town of Fortune. While many outports show a linear arrangement of dwellings oriented towards the ocean, Fortune presents a grid-like arrangement. As a result, most dwellings had a small parcel of associated land, often accentuated with a fence. With the evolution of building styles and the expansion of the town’s residential area, this pattern of land use harkens back to an earlier period in the town’s development.

All those elements which represent the historic, cultural and aesthetic value of the site, including:

– size, style, trim and placement of covered, open porches with triangular side windbreaks;

– the geographical setting of the site along Church Street;

– Masonic insignia inset and a Masonic “G” insignia on the front porch, and;

– association with Freemasons of Newfoundland and Labrador. 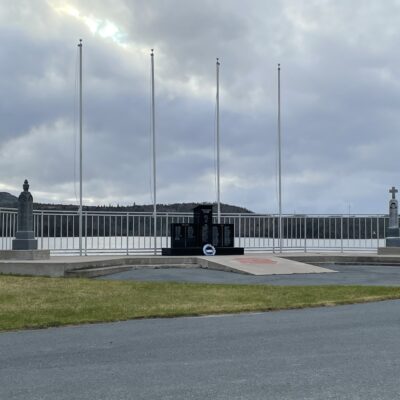 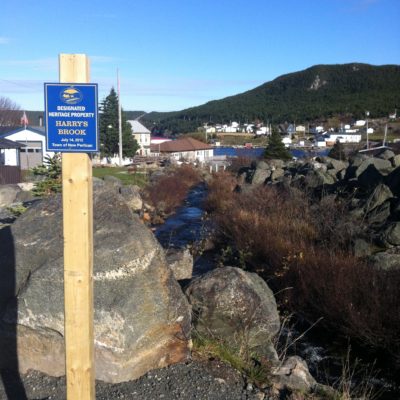 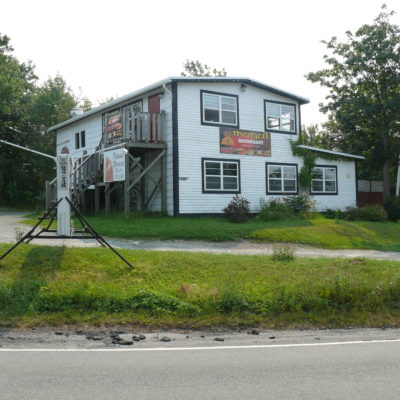