The William (Billy) Wheeler House is a vernacular, two-storey house built on a stone and post foundation and situated on a barren outcrop of rock, overlooking the water in Keels, NL. The designation is confined to the footprint of the building.

The William (Billy) Wheeler House was designated a Registered Heritage Structure by the Heritage Foundation of Newfoundland and Labrador in 2007 due to its historic and aesthetic value. The William (Billy) Wheeler House has historic value because of its association with the second owner, Billy Wheeler (1891-1964). Wheeler’s father built the house circa 1890 and upon his death in 1917 Billy took ownership of the house. Billy Wheeler is regarded as one of the premier vernacular furniture makers in Newfoundland and he was also known as an innovative fishing-boat maker. When Billy inherited the house he began to make improvements and craft furniture for the house. Billy Wheeler has been described as innovative; a person who had a knack for creating one-of-a-kind pieces without taking measurements or using prescribed patterns. His work is truly unique, and the William (Billy) Wheeler House is a tangible reminder of his creative influence. The William (Billy) Wheeler House has aesthetic value because of its vernacular style of architecture. The house, built on a rock and wood-post foundation, is a simple, two-storey, biscuit-box shaped building with a rear extension. The house has narrow wood clapboard and wooden windows and a truncated gable roof. Billy added his own personal style to the decorations as he embellished the house his father built. He used various motifs generously, such as diamond shapes, lozenges, and keyhole shapes. His style is noteworthy for the way in which he integrated these details, and in the way they compliment one another. This house is also noteworthy as an excellent example of nineteenth-century outport architecture, with a symmetrical hall and parlor plan. It is reminiscent of a type of architecture that was once common in Newfoundland outports, but is gradually being replaced with more modern architecture. Source: Heritage Foundation of Newfoundland and Labrador property file “Keels – William (Billy) Wheeler House – FPT 317” 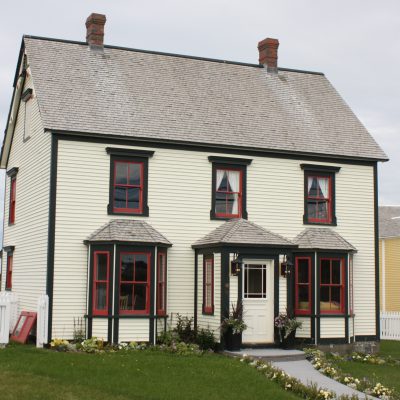 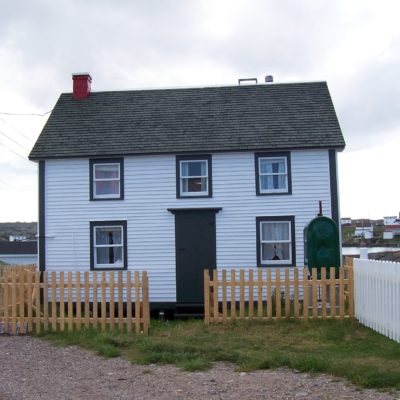