Designated in 2011 as an Exceptional Person From the Past.

From teacher to magistrate, politician to professor, Ted Russell (1904-1977) held many different occupations throughout his lifetime, but none were as artistically and culturally significant to Newfoundland as that of storyteller, playwright and broadcaster. Author of “The Smokeroom on the Kyle” and The Holdin’ Ground, Russell is also widely known for his radio monologues based on a fisherman named Uncle Mose, and the fictitious Newfoundland community Pigeon Inlet. From 1953 to 1961, Russell wrote and narrated a series for CBC radio called “The Chronicles of Uncle Mose”. The provincial and national radio broadcasts of Russell’s monologues, radio plays and short stories made him a pioneer in creating an acknowledgement and awareness of Newfoundland’s distinct culture and society. In fact, Russell’s work not only reached radio listening audiences but an adaptation of his play, The Holdin’ Ground, was the first drama filmed for Newfoundland television in 1959 (Pigeon Inlet Project).

Russell brought Newfoundland culture and society center stage, and exposed listening and viewing audiences to outport values, traditional lifestyles and oral storytelling techniques. Contributing to Russell’s success is the fact that his characters, situations, issues and humour still resonate and connect with people today-issues primarily involving the fishery, but also including family, social relationships, economic uncertainty, poverty, co-operation, weather, work, recreation and technology. As well, while Russell’s writing is based on local references, local people, local dialect, local environment and his own personal and occupational experiences, his themes are universal. “He is recognized as one of the first and foremost writers to use Newfoundland outport settings and characters as personifications of themes which, while appearing to be local, are actually universal in their scope and appeal” (Riggs, 2000).

Russell’s broadcasts also helped unite his Newfoundland listening audience. By writing about characters, experiences and situations familiar to Newfoundlanders, Russell gave listeners something they could connect and identify with. Therefore, Russell’s stories helped form and validate Newfoundlanders’ distinct identity and cultural heritage. While Russell’s humour provided laughter during times of tension, the broadcasts helped Newfoundlanders make the transition from Pre to Post Confederation by openly discussing important issues of the day. Russell’s stories represent the environment, outport lifestyle and humour of a people, while his radio recordings preserve Newfoundland culture, society and oral storytelling tradition.

Archival Collection Captures the Essence of the Creator of Uncle Mose 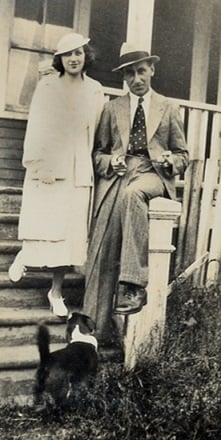 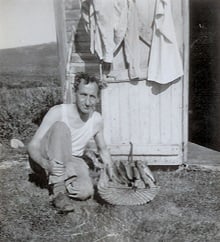 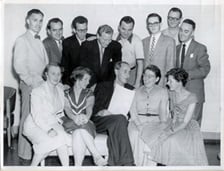 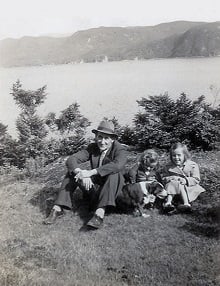 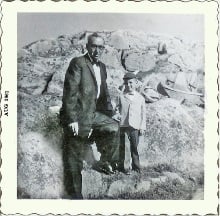 Ted with son Kelly in 1961. Photo courtesy of Kelly Russell. 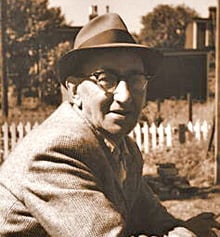 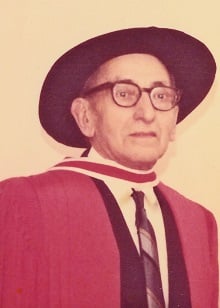 Ted upon receiving an honorary degree from Memorial University in 1973. Photo courtesy of Kelly Russell. 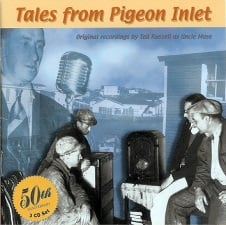