All Saints Anglican Church is a wooden Gothic revival church located on a hill in English Harbour, NL. The designation encompasses the church and cemetery.

All Saints Anglican Church was designated a Registered Heritage Structure by the Heritage Foundation of Newfoundland and Labrador in 2005 due to its historic and aesthetic value. All Saints Anglican Church has historic value due to its age. Built between 1888 and 1889 this church was consecrated in 1900. It replaced an earlier church which was built on the same site in 1832, but burned in the late 1800s. This parish served the community for 172 years, however in August, 2004 the All Saints Anglican Church was deconsecrated. The adjoining cemetery has historic value as it holds the remains of the victims of the Trinity Bay Disaster of 1892. On February 27, 1892 a sudden and fierce storm caught numerous men off guard while they were hunting seals that had floated into the bay on loose ice. Many men had dressed rather lightly because the weather was unusually warm for that time of year. A rising gale soon turned into a squall which made it impossible for the men to get back to shore. In the hours that followed the men in their boats desperately tried to make it back to shore, all the while a freezing spray covered them with ice. Rescue operations were undertaken at all nearby communities, and while many were saved, several others perished. The community of English Harbour buried their victims in the All Saints Anglican Church cemetery and a monument has been put there in remembrance of them. All Saints Anglican Church has aesthetic value because it is a good example of Gothic Revival construction. Constructed in wood, this church follows a simple basilica plan and has a steeply pitched roof. Above the main entrance, high in the gable is a round window known as the children’s window. Long, peaked three paned windows line both sides of the church and they are finished in a blue glass that shimmers when the sun shines on them. The church has a smaller peaked porch where the main entrance is, and at the rear is a peaked addition which holds the altar, and a tower with a spire. The apse features triple stepped lancet windows while the tower is square with a low spire. All Saints Anglican Church has further aesthetic value due to its environmental setting. It is located on an open space high in the community facing the harbour. The church has always been used as a navigational aid for mariners, the steep roof being highly visible from the water. Source: Heritage Foundation of Newfoundland and Labrador property file “English Harbour – All Saints Anglican Church – FPT 257”

All those elements that define the Gothic Revival style of architecture, including: -steeply pitched gable roof; -round window in gable; -wooden construction; -peaked windows; -blue glass, other stained glass; -tower and spire; -window and door openings; and -orientation, dimensions, and massing. All those elements of the associated cemetery, including: -resting ground of victims of the 1892 Trinity Sealing Disaster and the monument which is a memorial to the victims; and -proximity its associated church. All those elements that relate to the location of the church, including: -location on a hill overlooking the ocean; -prominently situated and visible from the community; and -usage as a mariners landmark. 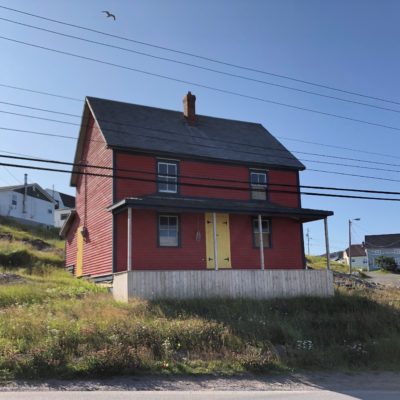 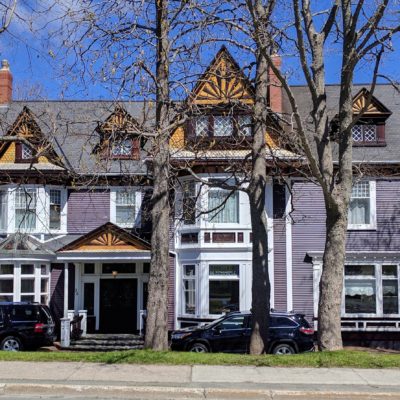 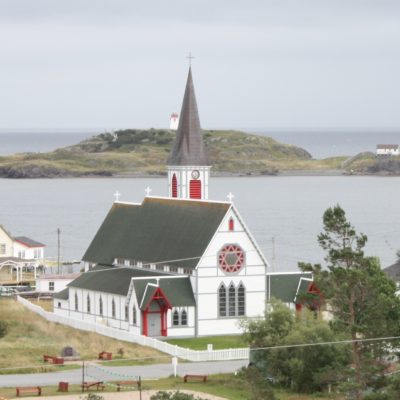