The Basilica Entrance Arch has been designated a Municipal Heritage Structure by the City of St. John’s because it holds aesthetic and historic values.

The Basilica Entrance Arch is aesthetically valuable for its style and construction. Built to reflect the Basilica of St. John the Baptist, the church with which it is associated, the Arch is built in the Lombard Romanesque Revival style, also known as the Romanesque Style with an Italian Influence. Standing more than 12 meters tall the Arch was originally constructed as a one-arch structure but was increased to three arches in 1907 when it was moved back to allow for road widening. The Roman archways are flanked by ionic columns illustrating a Classical influence and are constructed of large granite blocks with a statue of St. John perched at the pinnacle of the central arch. St. John is the patron saint of the city of St. John’s and one of the patrons of the Basilica of St. John the Baptist. This marble statue is 3.048 meters tall and was sculpted by Fillipio Ghersi in Carrara, Italy. The statue represents John the Baptist preaching penance and holding a baptismal shell in his right hand.

The following elements of the Basilica Entrance Arch embody its heritage value and should be preserved:

-its location and orientation on Military Road;

-marble statue of St. John the Baptist and placement of that statue;

-use of granite blocks in the construction;

-Roman arches with granite keystone, and; 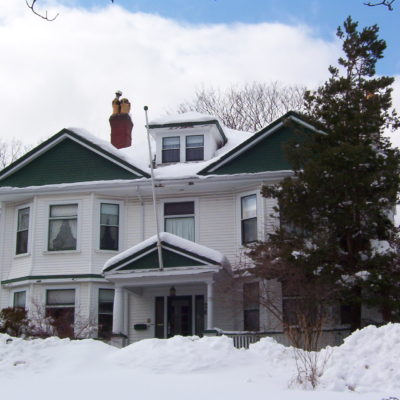 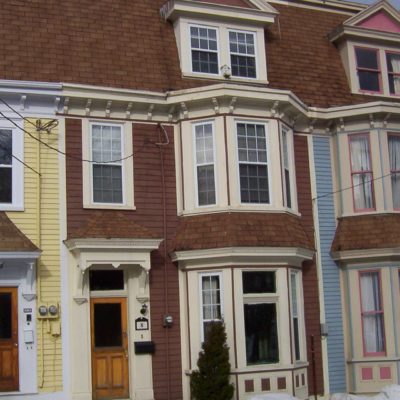 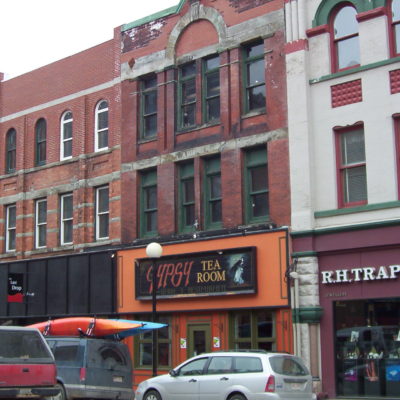