The Bowring Park Cantilever Bridge is a modern, concrete structure located within Bowring Park, at 100 Bowring Park Road, St. John’s, NL. The designation is confined to the footprint of the bridge.

Bowring Park Cantilever Bridge was designated a Registered Heritage Structure by the Heritage Foundation of Newfoundland and Labrador in 2020 due to its aesthetic and historic value.

Bowring Park Cantilever Bridge is a modernist, concrete structure dating from 1960, that is noteworthy for its bold, innovative modern design and the role of its nationally and internationally prominent designers.

Bowring Park is the largest municipal park within the City of St. John’s, established in 1914 by the Bowring Brothers and presented to the City in 1924. In 1958 the City of St. John’s commissioned a report by the Montreal-based firm of Van Ginkel Associates to develop a master plan that would propose a significant expansion of the park to include new amenities such as: a swimming pool, boating pond, playground, tennis courts, pedestrian bridge and road bridge. To accommodate the park expansion, new pedestrian and vehicular bridges were required to span the existing CN railway line that would run through the middle of the newly-envisioned park. The design for the Bowring Park Cantilever Bridge was spearheaded by Van Ginkel Associates of Montreal.  Blanche van Ginkel, one of the principles of the firm associated with the pedestrian bridge design, was one of Canada’s prominent early female architects as well as an educator and urban planner. Van Ginkel Associates had been invited by Joey Smallwood, Newfoundland’s premier from 1949-1972, to work on two other planning projects in Newfoundland.

The van Ginkel’s invited the internationally recognized engineering firm of Ove Arup and Partners – who became well-known for their work on the Sydney Opera House – to undertake the engineering work on the pedestrian bridge. The more well-known Arup has sometimes received credit for the bridge design but, according to Blanche Lemco van Ginkel, she and her husband, Sandy van Ginkel, worked with Ove Arup personally, and he was always generous about acknowledging Blanche and Sandy as the designers.

The bridge follows the modernist design precept that ”form follows function.” In other words, the design integrity comes from the form meeting the function in a harmonious way without added decoration. The design made use of contemporary materials and new construction technology. As such, it represented a bold modern addition to an Edwardian park landscape. The bridge was constructed of reinforced concrete, the entire load being carried on a single support at the lower end. The long bridging section was hinged at its extremity and counter-balanced by the lower section creating a cantilever that does not quite touch the ground at the upper end. This formed a connection between the low terrain at the south of the park to the higher terrain within the original park. The raw finish of the concrete was complemented by the refined detailing of the railings made of bronze with a teak shaped, wood handrail. The van Ginkel’s stated that they “did not apply any particular theories to the design of Bowing Park,” however, Blanche had developed her own modernist theories of urban aesthetics through her association with the Team Ten, an international platform for modern architects.

Blanche van Ginkel was awarded the Massey Medal, recognizing outstanding examples of Canadian achievement in the field of architecture, for the bridge’s design in 1964.

After the CNR shut down its Newfoundland operations in 1988 and the railway tracks were removed, the pedestrian bridge now crosses the Newfoundland T’Railway Provincial Park walking path. Its visibility has been somewhat diminished by recent landscaping and overgrown vegetation. 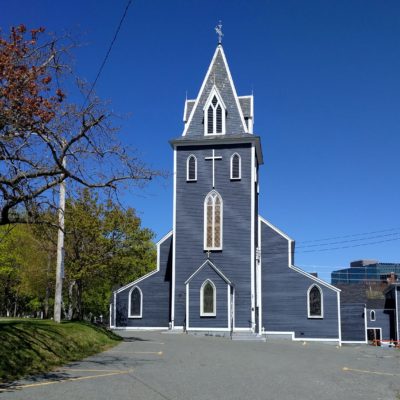 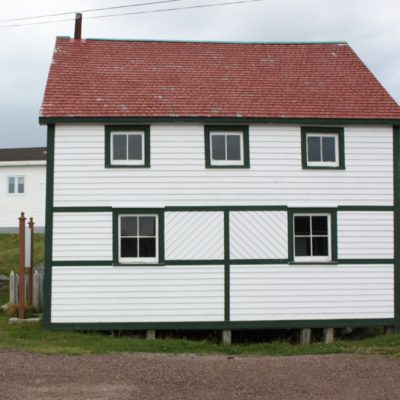 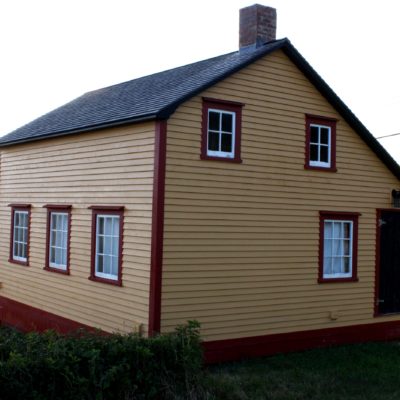