Canada House, formerly known as Kedra and Cambroil, is a large, two-and-a-half storey dwelling in the Queen Anne Revival style located at 74 Circular Road in St. John’s, NL. The designation is confined to the footprint of the house and its porches.

Canada House was designated a Registered Heritage Structure by the Heritage Foundation of Newfoundland and Labrador in 2021 due to its historic and aesthetic value.

Kedra, as it was then known, was built in 1902 for the Hon. James D. Ryan (1844-1925) by contractors M. and E. Kennedy and architect William F. Butler. Ryan was born at Kedra, Cahir, county Tipperary, Ireland and immigrated to Newfoundland in 1866 where he worked as a clerk and grocer before entering politics as MHA for Ferryland in 1900. By 1920 he was named president of the Legislative Council and had served as president of the Benevolent Irish Society for 25 years. In the 1920s the house was owned briefly by Sir Michael Cashin (1864-1926), a former prime minister of Newfoundland who dubbed it Cambroil, and later by Captain Olaf Olson, a whaler and shipping manager. In 1941 it was purchased by the Canadian Government to house the High Commissioner for Canada in Newfoundland and renamed Canada House. Premier J. R. Smallwood lived and kept offices there following Confederation in 1949 until 1960 when it was sold to private owners.

Canada House is an excellent example of the Queen Anne or Queen Anne Revival style locally popularized and refined by architect William F. Butler at the turn of the 20th century. Butler would go on to further develop his architectural vocabulary at several nearby mansions, including Winterholme in 1904 and Bartra in 1906. At Canada House the style is exemplified by an asymmetrical facade, single- and multi-storey bay windows, shingled gables, classical columns, and a sunburst detail above the entry. Overall the house exhibits an eclectic mix of window shapes, trim styles, and forms.

While Canada House is significant for its association with prominent local figures including Ryan and Cashin it is most notable for its use as a public residence both before and after Confederation. Confederation with Canada had been a recurring topic of discussion as early as the 1830s but it was not until the end of the Second World War and the election of a National Convention that debate reignited in earnest. From 1946 bitter campaigns were waged by both Confederates and anti-Confederates led by Joseph “Joey” R. Smallwood of the Newfoundland Confederate Association (NCA) and Peter Cashin (Sir Michael Cashin’s son) of the Responsible Government League (RGL) respectively. After a second referendum on the issue in 1948 Confederation won a narrow majority and, following approval of terms of union by both governments, came into effect at 11:59pm on March 31st. 1949. Joey Smallwood became the first premier of the new province and was an instigator of radical social and economic change in many respects, including the introduction of social programs, modern architecture, and natural resource and industrial development. Smallwood resided at Canada House for roughly half his tenure.

All original features of the building which relate to its age and style including:
-asymmetrical facade and plan;
-two two-storey bay window towers with pedimented roofs;
-eave brackets;
-large corbels under the tower roof overhangs;
-starburst detail above the entry;
-classical wood columns at entries;
-narrow wood clapboard with wood trim;
-round arch windows and wood shingle cladding in tower gables;
-large windows in both bays with dentiled mullions;
-large round arch window on the rear facade;
-dormer window with pilaster trim and pediment;
-wood windows and doors;
-decorative felt mouldings;
-gable roof on the rear facade;
-prominent location on the corner of Circular and Monkstown Roads; and
-the size and orientation of the house in relation to the street and surrounding structures. 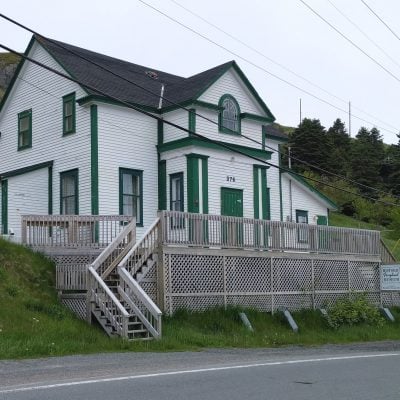 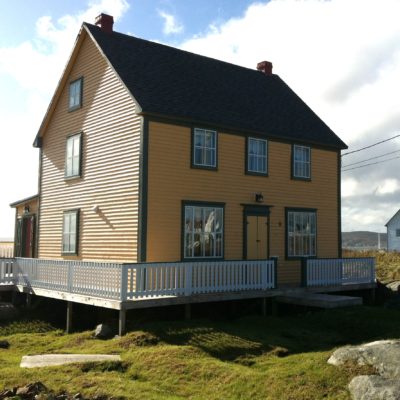 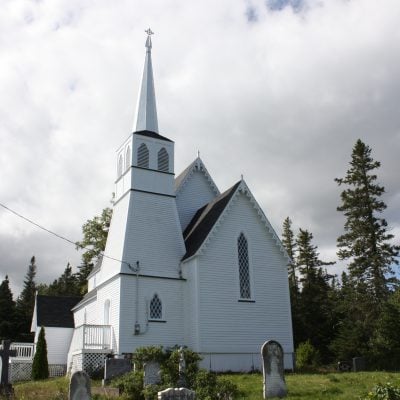