Casey Store is a one-and-a-half storey, unadorned, wooden fisheries outbuilding located at 197 Harbour Drive, Conche, NL. The designation is confined to the footprint of the building.

Casey Store was designated a Registered Heritage Structure by the Heritage Foundation of Newfoundland and Labrador in 2001 due to its historic and aesthetic value.

Casey Store has historic value because of its connection to the French Shore and the fishery. This saltfish storage building and twine loft is located in Conche, a historic fishing centre on the northeast coast of Newfoundland. The community was established as a French migratory fishing station after the 17th century. It was a major site of the French Shore fishing activities until 1904, when the French relinquished their treaty rights. Conche Harbour was also the scene of an encounter between British warships and French fishing ships in 1702 and a cannon from this battle lies at the bottom of the harbour.

Casey Store was built adjoining the family stage and the Caseys are one of the original settler families of Conche. Their rooms were first occupied by the builder’s father, Captain Tom Casey (1799-1880) who was immortalized in one of the earliest extant ballads describing a Newfoundland sealing voyage.

Casey Store has aesthetic value because it is a good surviving example of the French Shore’s traditional fisheries architecture. It reflects a method of construction typical of the 19th and 20th centuries and was one of many saltfish stores in the community. Its age is unusual because such structures were never meant to be permanent. Today the Casey Store is one of the oldest remaining fisheries buildings left on the French Shore. The building reflects a traditional lifestyle that no longer exists.

Elements related to the architectural value of the store:

-door and window placement and dimensions;

-location at the ocean’s edge, and; 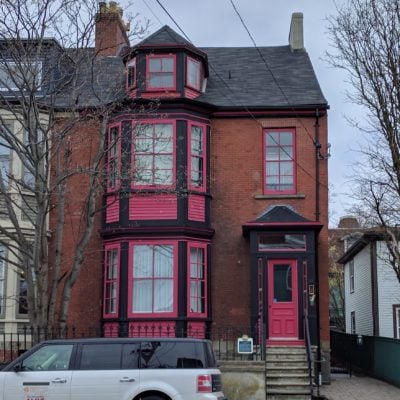 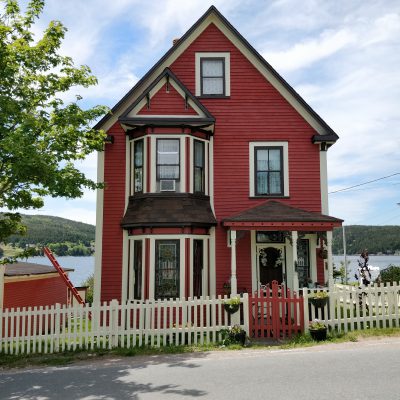 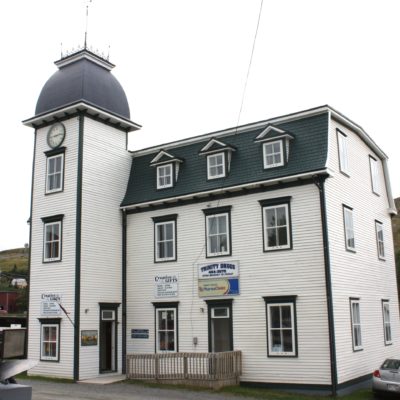