Harbour Grace Courthouse is a two and a half storey stone institutional building that stands at 2 Harvey St. in Harbour Grace, NL. Distinguished by a large central window flanked by two entry doors on its upper level accessed by a split staircase, it reflects the form and classically-inspired style of the Georgian era typical of many British colonial courthouses of the period. The building includes a jail on the ground floor and a jailer’s residence that was added to the west end of the building in the late 19th century. The historic place comprises the court house, jail yard and jailer’s residence.”

Harbour Grace Court House was designated a Registered Heritage Structure by the Heritage Foundation of Newfoundland and Labrador in 2020 due to its historic and aesthetic value.

Harbour Grace Court House was constructed in 1830 and survives as the oldest public building in Newfoundland and Labrador. It served continuously as a court building until its closure in 2016. It is distinguished by its masonry construction and its symmetrical classical front façade with a large central window flanked by two entrances with pedimented mouldings.

That such a prominent court building was constructed at an early date in Harbour Grace attests to the fact that the town was one of Newfoundland’s earliest and most prosperous settlements. It replaced an earlier courthouse from 1808 with one of more substantial construction that was financed through pledges from Conception Bay fish merchants. It was designed and built by Patrick Kough (or Keough), who was responsible for the first colonial legislature building (the Colonial Building) in 1850 and other prominent buildings in St. John’s.

From historical documentation, the building underwent a number of changes over the years both inside and out. The jailer’s residence was added in the late 19th century in a Second Empire Style. Presumably at that time two shed dormers on the west end of the building were removed. As well, the arched doorways on the front façade were altered. A number of upgrades and repairs are evident including the replacement of original wood lathe plaster with metal lathes and the covering up of the original wood wainscoting with a later wainscot treatment. All of the windows were replaced as well but as per the original fenestration during a later restoration (circa 1980), although in a less refined construction. The primary heritage values of the Harbour Grace Courthouse reside in its age, long-term role as a public building, stone construction with massive timber roof and classical building form.

All original features of the exterior which relate to its age and style including:

All original features of the interior which relate to its age and use including:

-building arrangement with 8 jail cells on the ground level and the large 1 1⁄2 storey court room on the second level with upper level gallery and plaster cove roof detail;
-original wood doors with rim locks in the gallery;
-steel jail cell doors and window bars and a massive 4” wood door with elaborate wrought iron strap hinges and hardware that leads to the jail cells;
-interior mouldings particularly in the main courtroom comprising: wooden door mouldings; window mouldings and stools; wooden recessed panels on the interior window surrounds; original wooden wainscot treatment;
-original plaster in the courtroom and western rooms;
-built-in cupboard and steel vault on the western wall; and
-mantels in the jailer’s residence and courthouse. 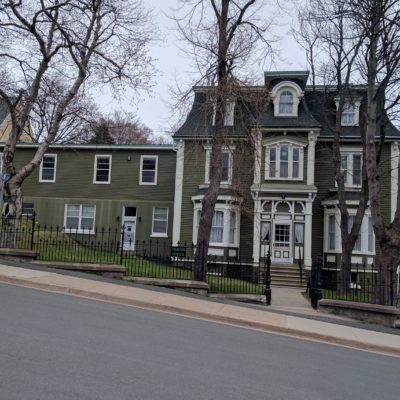 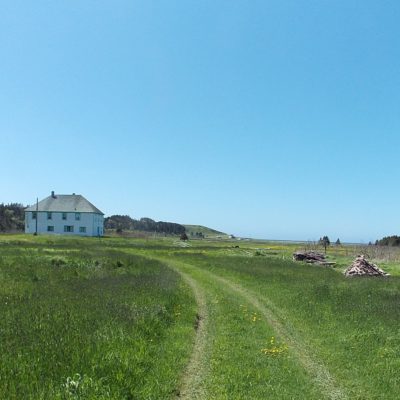