Heart’s Content Heritage District dates to 1866 when a transatlantic communications cable was successfully landed in the community. Included in the district are staff houses built by the Anglo-American Telegraph Company and Western Union Telegraph Company and buildings associated with the development of the community such as Heyfield Memorial United Church, the Methodist School and the Society of United Fishermen Hall. Other principal physical elements of the district include cemeteries, a municipal park, a monument to the cable industry, traditional pathways and ornamental trees purposely planted during the construction of staff and cable company properties. The district is bounded by Station Road on the northeast, by School Road on the east, by Long Lane on the southeast and by the shoreline on the southwest, west and northwest.

Heart’s Content Heritage District has historic value due to its association with the Anglo-American Telegraph Company and Western Union Telegraph Company. On July 27, 1866 Heart’s Content was the site of the first successful landing of a transatlantic telegraph cable linking Europe and North America. The Anglo-American Telegraph Company established a cable station in Heart’s Content and the community became a communications hub, transmitting and relaying messages across the North Atlantic. Western Union Telegraph Company took control of the cable station in 1912. The small outport saw an influx of trained operators from England and Canada, and at peak operation over 200 people were employed by the cable companies. In the years following World War One, cable traffic slowed down and automated equipment was being introduced. By the 1950s telephones had almost made telegraphs obsolete. The station closed in 1965, after a century of providing a vital communication link between continents.

Heart’s Content Heritage District has aesthetic value due to the architectural styles represented within the district, the retention of traditional streets and pathways in the district and for landscape features such as cemeteries, public spaces and ornamental trees. The district is centred around the cable station, which was constructed in 1876 by prominent St. John’s architects J. and J.T. Southcott. While modest in scale, the design and prominent placement of the station set it apart as an important feature of the community’s built landscape. The Anglo-American Telegraph Company also commissioned the Southcott’s to construct several staff houses in the Second Empire style, which would later gain great popularity in St. John’s following the fire of 1892. The community saw another construction boom when Western Union Telegraph Company took over operations at the cable station. Noted Carbonear firm Saunders and Howell built staff duplexes with gambrel roofs and detached houses influenced by Victorian design elements. Other buildings of note within the district include the Gothic Revival inspired Heyfield Memorial United Church, the Society of United Fishermen’s Hall in Second Empire style and the Methodist schoolhouse with its modest vernacular design.

Heart’s Content Heritage District has cultural value as a representation of the economic and social impact that the establishment of the cable station had in Heart’s Content. The cable station brought new jobs and economic growth to the community, including new roles for women as telegraph operators. The introduction of staff from England and Canada brought with it new forms of housing, new education standards, the growth of the Methodist religion and organized sports clubs. While Heart’s Content had been a commercial hub for Trinity Bay prior to the establishment of the cable station, the economic and social changes that came about as a result of the telegraph industry would have lasting impacts on Heart’s Content.

Source: Heritage Foundation of Newfoundland and Labrador Board Meeting #73, March 22, 2013.

All those elements which contribute to the historic, aesthetic and cultural value of Heart’s Content Heritage District, including:

-its harbour-side location;
-specific architectural styles associated with the establishment and operation of telegraphic communications in Heart’s Content, including Gothic Revival, Second Empire, Victorian and vernacular styles;
-size, style and massing of buildings identified as having heritage value due to their association with this period in the community’s evolution;
-traditional laneways and roads;
-traditional green and public spaces;
-cemeteries within the district;
-existing traditional fencing, and;
-ornamental trees dating from the period. 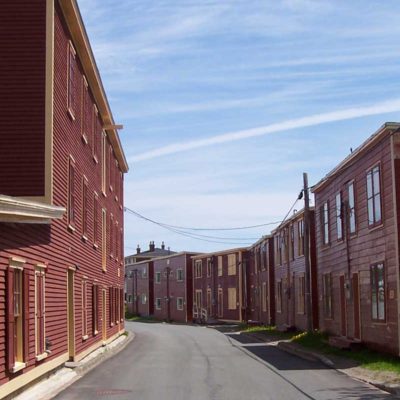 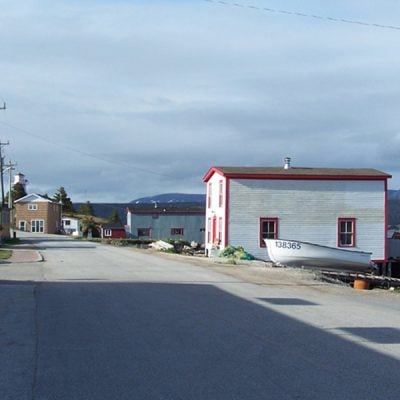 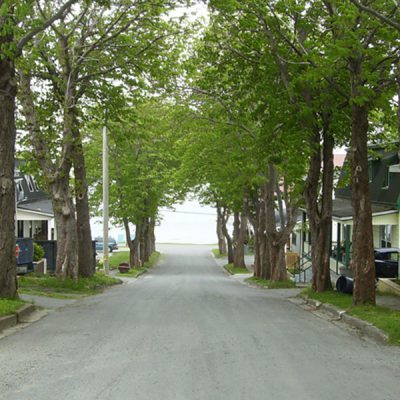