The Howard House was designated a Registered Heritage Structure by the Heritage Foundation of Newfoundland and Labrador in 1997 because of its historic and aesthetic value.

The building now called Howard House originally served as a private home for the prominent Parker family of businessmen. The Parkers had received the property in a crown grant in 1832. A tavern catering to the nearby British Garrison operated there in the 1830s and 1840s. In 1861, the original building was torn down to make room for the Parkers’ first private dwelling on this site. This home was destroyed in the Great Fire of 1892.  James Parker, the senior partner in the Parker and Monroe shoe company, ordered a new house built for his family. Construction began in 1892, with the Parkers moving in the following summer.

After James Parker’s death, the house passed to his daughter Margaret, who eventually sold it to the Roman Catholic Episcopal Corporation in 1953. The house then became a women’s residence operated by the Sisters of Service. This was the Roman Catholic order’s first initiative in Newfoundland. The Sisters operated the residence as a hostel for young women who came to St. John’s to work – reflecting an era when many young outport women were expected to leave home for employment in the city to earn money for their families. After the Sisters of Service left in 1973, the house returned to the ownership of the Parker family. In 1977, Howard House became the province’s first halfway house, still operated by the John Howard Society (JHS) today. Ownership of the property was formally donated to the JHS in 1995.

Howard House is a good example of the Queen Anne Revival style of architecture,  popular in the late nineteenth and early twentieth century. Typical of Queen Anne Revival houses, this house boasts an irregular roofline with an eclectic mix of dormers and Classical pediments. The multi-textured finish of narrow clapboard with thick moulding around the windows and scalloped cedar shingles in the pediments adds to the eclectic feel. Decorative eaves brackets and other interesting ornamental flourishes – such as the curved wall on the third storey – add a sense of grandeur to this former merchant dwelling.

Howard House is one of the last historic single-dwelling mansions still remaining in the heart of downtown St. John’s. It is also one of the few merchant houses in downtown St. John’s to retain its historic grounds, complete with mature trees. The large property is surrounded by a brick retaining wall with wrought iron fencing. A modern housing structure built by the JHS has somewhat changed the character of the grounds, but the size of the Howard House property – and the house itself – still reflect the historic prominence of the merchant family who once lived there. Located on the corner of Queen’s Road and Garrison Hill, the house is a highly visible and a recognizable feature of the downtown streetscape.

All elements that define the building’s Queen Anne Revival design including:

All elements that speak to the historic uses of the property, including: 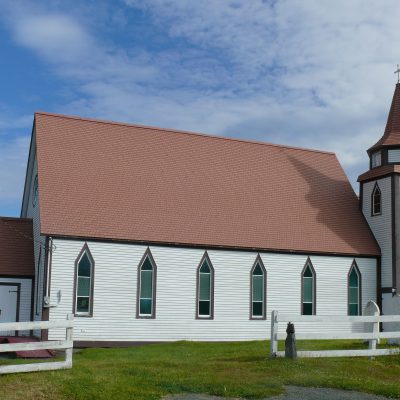 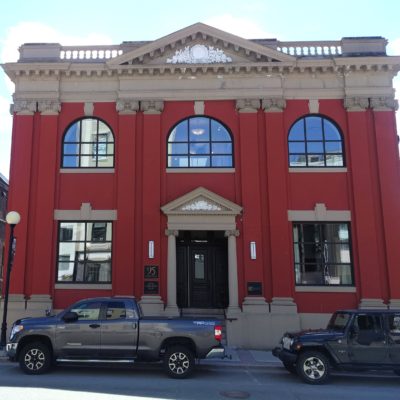 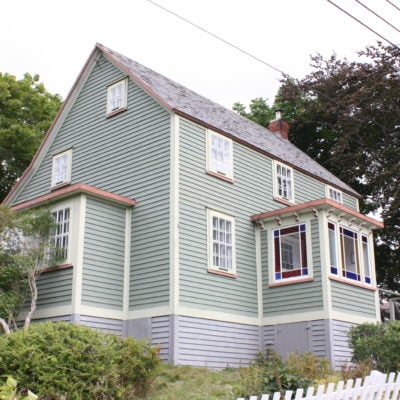