The Hulan House is a single, front peak, gable roofed house centrally situated on 6 acres of flat grassland on the east side of Jeffrey’s, NL. The designation is confined to the footprint of the building.

The Hulan House was designated a Registered Heritage Structure by the Heritage Foundation of Newfoundland and Labrador in 1991 due to its historic and aesthetic values. The Hulan House has historic value for several reasons. Original settlers, the Hulan family, established the first commercial farm in Newfoundland in the mid-1700s. Ann Hulan was known for her industrious efforts in sustaining dairy cattle and for her efforts as an experimental farmer. She was also known because she was captured in 1812 by American privateers, along with the crew of the vessel Industry while on their way to market in St. John’s. The privateers seized the ship’s crew and cargo and took them back to the United States. Ann charmed her captors and arranged to get back the ship and cargo and they returned to Newfoundland safely. Hulan House is known for several “firsts”. The first postal and telegraph offices were located in the home, as was the first telephone in the area. The family owned the first radio in the community and community members often visited the listen to news, weather and music. Hulan House also has historic value because Albert A. Hulan served as justice of the peace and commissioner of the Supreme Court for the colony. All celebrations of importance to the colony-province, like the coronations of King George VI and Queen Elizabeth II were organized by Albert from his home office. Hulan descendant Dr. Howard “Bud” Hulan , who was raised in the house, received many international and Canadian scientific awards and achievements, as well as having been a cabinet minister for the provincial government of Premier Clyde Wells in 1989. The Hulan House has aesthetic value because it is representative of the agricultural settlement on the island of Newfoundland’s west coast in the 19th century and is a good example of 19th century architecture of the area. Built in 1865-66 as a fishing net storage shed, the early Victorian wood building was completed as a dwelling about 1885. The house was constructed of wood which was sawed with a pit saw which remains in the dwelling. All rafters, floor joists, cross runners, posts, etc. are mortised and permanently fixed in place with wooden pegs and cut nails. The mouldings are all handmade and are typically early Victorian. Today, this house is the last of its type in the area. Source: Heritage Foundation of Newfoundland and Labrador property file “Jeffrey’s – Hulan House – FPT 1577”

All those features that speak to the design, age, and construction and outport interpretation of the Gothic Revival style of the building, including: -Hand-cut lumber; -Single front peak roof; -Narrow clapboard; -Double hung, 6/6 windows; -Handcrafted mouldings and doors; and -Location, orientation and dimensions; 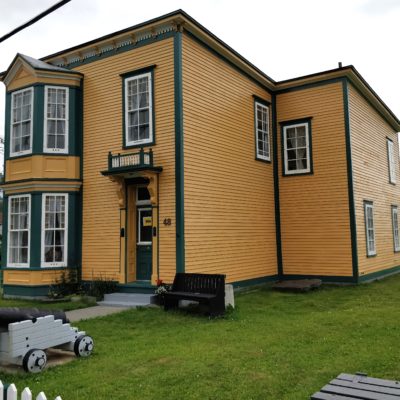 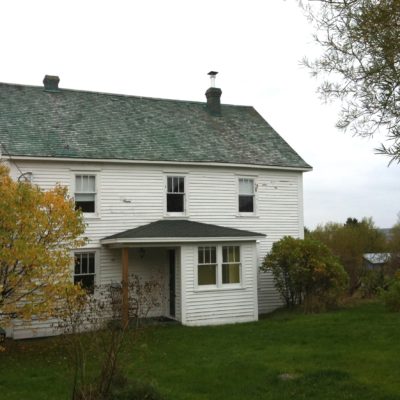 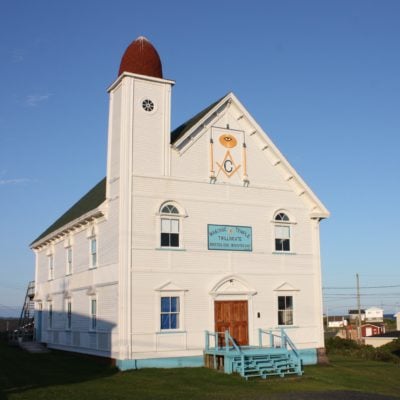