Lane/Heffern House (Salvage Fisherman’s Museum) was designated a Registered Heritage Structure by the Heritage Foundation of Newfoundland and Labrador in 2020 due to its historic and aesthetic value.

Lane/Heffern House (Salvage Fisherman’s Museum) is believed to have been built in the mid-19th century and expanded in the 1880s prior to the marriage of Charles and Adelaide Lane, its first recorded owners, in 1889. Its prior existence is indicated by the remnants of a substantial inglenook chimney in the east end and evidence that the western bay of the house is an addition. It is hypothesized that this early house was quite small with a lower roof and square plan significantly reduced by the 2m by 1.5m chimney. Its ownership in this period is unknown. The expanded Lane house is a modified saltbox dwelling possessing early, small-pane 3/6 wood windows. It is larger than many earlier houses indicating both more permanent settlement patterns and the increasing wealth of working families like the Lanes.

Charles Lane and Adelaide Brown married in 1889 and kept what would have been a typical homestead for the period. Charles was an inshore fisherman and sealer whose ancestors arrived in Newfoundland from Dorset in the 18th century. Adelaide tended gardens and livestock on the property while also assisting with the “making” or curing of cod. Together they raised four children in the house. The property remained in the Lane family until 1947.

Charles and Adelaide’s son, Charles Maxwell “Max” Lane, was a teacher, magistrate, and lay minister before entering the political arena. Max was a proponent of Confederation and in 1951 was appointed General Secretary of the Smallwood-backed Newfoundland Federation of Fishermen (NFF). While the NFF was criticized for its close ties to the governing party and, therefore, its ineffectual advocacy, Lane denounced the government’s lack of participation. In 1956 Lane was elected MHA for White Bay North and later held Cabinet positions including Minister of Public Welfare, Fisheries and Mines, and Agriculture and Resources.

The Lane property was purchased by Wilfred and Ida Jane Heffern in 1947 who lived there with their five sons until a modern residence was constructed next door. In 1969 the Hefferns sold the property to the Eastport Peninsula Committee for the Development of Progress for use as a museum but remained heavily involved in its curation and operation.

Lane/Heffern House (Salvage Fisherman’s Museum) has come to have modern significance as home to the Salvage Fishermen’s Museum. At the time it was opened in 1969 the Museum was one of only two such community museums outside St. John’s and today it is among the province’s oldest. The museum has benefited significantly from the work of Ida Jane Heffern, who once demonstrated traditional methods of spinning yarn and dying fabrics in the house, as well as the input of Anita Lane, granddaughter to Charles and Adelaide, who contributed information on the family and property.

All original features of the house which relate to the age and style including:
-steep gable roof;
-narrow wood clapboard;
-early 3/6 wood sash windows;
-early wood panel door with stained glass;
-plain wood trim;
-remnants of a large inglenook chimney in the east end;
-heavy timber foundation structure with trunnel or “tree nail” joinery;
-size and placement of the house on the property; and
-mature fruit and lilac trees in the garden. 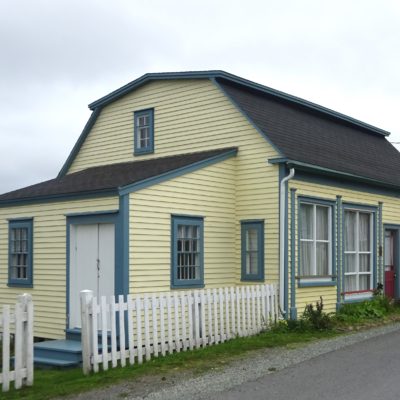 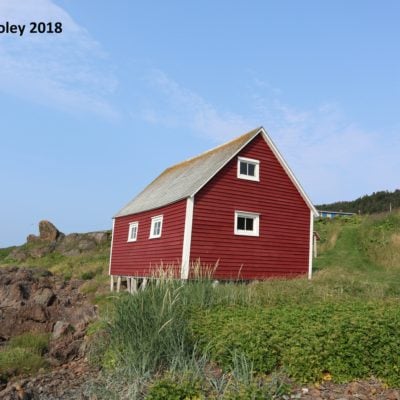