Rothesay House is a two-and-a-half storey, Queen Anne Revival wooden house located at 34-36 Water Street, Harbour Grace, NL, overlooking the harbour. It is situated on a large, mature lot, surrounded by other grand homes of the same era. The designation encompasses the entire property.

Rothesay House was designated a Registered Heritage Structure by the Heritage Foundation of Newfoundland and Labrador in 2005 due to its historic and aesthetic value.

Rothesay House has historic value because of its age and association with nineteenth and twentieth century merchants Captain Azariah Munden and Robert Stuart Munn. It was originally constructed in 1855 in Brigus by Captain Munden. Subsequent to the well-celebrated marriage of his eldest daughter, Elizabeth, into the Munn family of Harbour Grace, she and her husband, Robert S. Munn passed the property on to their son, Robert. Following his marriage to Elizabeth Trapnell they had the house dismantled in Brigus and shipped via schooner to Harbour Grace. This move was responsible for some architectural changes to the house. In its first location it was set upon a high wall at the base of Brigus Harbour. When it was moved to Harbour Grace it was put in a low, flat lot where several structural features were no longer necessary, like pillars, archways and a wide front deck. Upon its reconstruction the pillars and arches were never put back, and the current corner tower was instead constructed.

Rothesay House has aesthetic value because it is a good example of Queen Anne style architecture. This grand house has a variety of features which support this style of architecture, such as the five-sided peaked corner tower, the widow’s walk at the top of the hip roof, the asymmetrical façade and the covered, open porch. This house also features hipped dormers, and a steep hipped roof with a widow’s walk at the peak. Though this home was altered at its time of re-construction in 1906, it stands as a testament to the skill of the original builder and 19th century construction techniques.

Rothesay House is a unique and special building that has many interior features which are noteworthy. Such features include the interior woodwork, including the wall panelling and staircase, classically styled doors and frames with original faux finish, herringbone-styled wood floors and a variety of fireplaces, each with unique mantels. Rothesay House is also noteworthy for its original 1906 garage located at the front of the property, the large mature property with native trees and English-style garden, and the original wrought iron fence which surrounds the property. Both the interior and exterior of this house bespeak the wealth and status of its original owners.

Rothesay House has further aesthetic value because of its location. Situated along Water Street in Harbour Grace, and not far from Point of Beach, this home lies within the Registered Heritage District of Harbour Grace. Flanked on both sides by similarly grand houses, all on expansive lots with mature trees, this house overlooks Harbour Grace harbour. This harbour was the main artery of commerce and trade during the 19th and 20th centuries and much business was conducted along Water Street.

All those exterior features that embrace the Queen Anne Revival style of architecture of the house, including:

All those exterior features of the property and outbuilding, including:
-original 1906 garage;
-large mature lot with trees, and;
-wrought iron fence.

All those interior features that reflect the original 19th and 20th century architecture, including:
-woodwork, panelling and staircase;
-classically styled doors and frames with original faux finish;
-herringbone-styled wood floors, and
-variety of fireplaces, each with unique mantles. 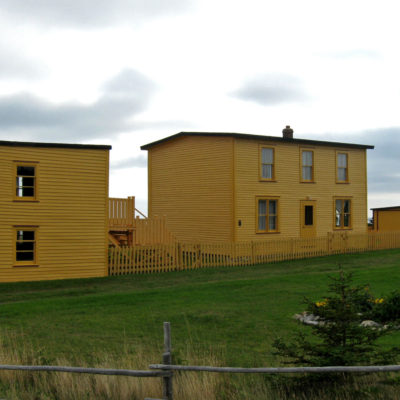 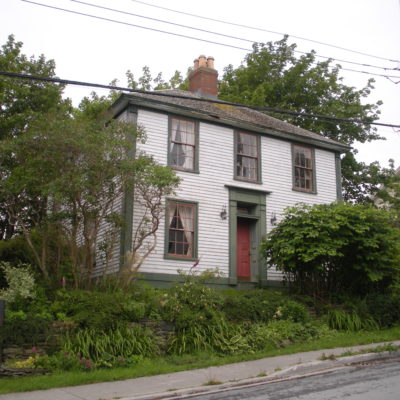 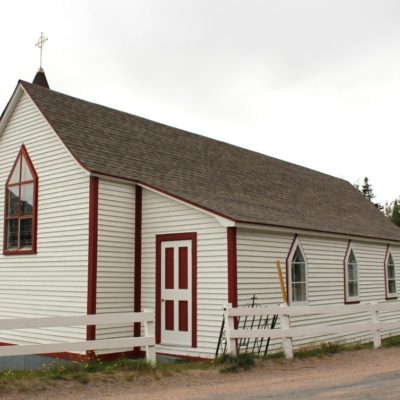