The Lucky Strike Deckhead (also known as a headframe) is a riveted, steel-framework structure approximately 30.5 metres high that was once used for mining operations in Buchans, NL. It is located on the western edge of the town, in the area of the former American Smelting and Refining Company (ASARCO) mill and is visible from around the community.

The Lucky Strike Deckhead has been designated a municipal heritage site by the Town of Buchans due to its historic and cultural values.

The Lucky Strike Deckhead has historic value as a remnant of the early and peak operations of one of Newfoundland and Labrador’s foremost mining sites and towns. Prospecting samples containing copper, lead, silver, gold and zinc were gathered in the Red Indian Lake area in 1905, but the technology to separate the minerals was not available, so the Anglo-Newfoundland Development (AND) Company developed it in conjunction with ASARCO. In 1926 they introduced new, selective flotation technology and the Buchans Mining Company (BMC) was incorporated in 1927. The Lucky Strike shaft was collared in October 1928. The resulting steel frame was built by the U.S. Steel Products Company of Pittsburgh who erected the framework steel skeleton around the original wooden headframe, so as not to interfere with the mineshaft. The Lucky Strike Deckhead was an intrinsic part of mining infrastructure at Buchans, where the glory-hole mining method was employed. The shaft was in continuous production until 1979 and it was closed fully in 1984.

The Lucky Strike Deckhead has cultural significance as the location of the Lucky Strike shaft fixed that of the mill and the town’s main road and was influential in the overall layout and development of a true mining and company town. The rough trail which was blazed to haul mining equipment to Lucky Strike became the Buchan’s Main Road. Buchans stands apart from other mining communities in Newfoundland because it was quite literally built around mining. It was established in an undeveloped area solely to mine and mill ore and the town developed to support that industry. The Lucky Strike Deckhead remains as the town’s most prominent and distinctive landmark. Its image has been adapted for the emblem of the town and its annual Lucky Strike Festival.

All those elements that reflect the historic and cultural values of the structure, including:

-location of the structure, visible from around town;

-design of the structure, and;

-general size, shape and dimensions used as a symbol of the town. 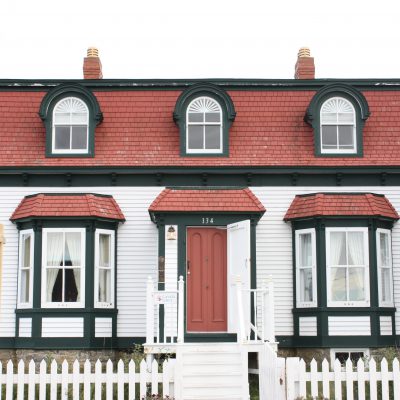 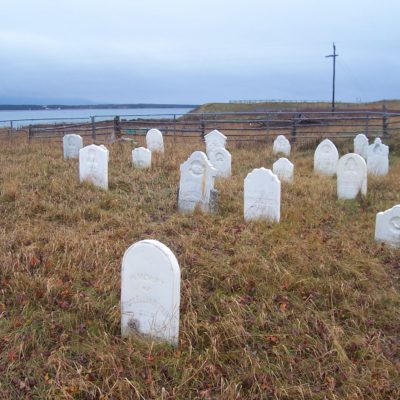