St. Mark’s Anglican Church and School comprises two related structures: a 1926 Gothic Revival church and a 1912 Classically inspired school. Both wood structures occupy a prominent site on the Main Road passing through Bareneed, NL. The designation encompasses the two structures and their immediate landscapes including a small family burial plot.

St. Mark’s Anglican Church and School was designated a Registered Heritage Structure by the Heritage Foundation of Newfoundland and Labrador in 2019 due to its historic, cultural and aesthetic value.

St. Mark’s Anglican Church is the third church built by the congregation of St. Mark’s over the course of 200 years. It was built under the watch of master builder William Henry Batten and is known locally as the “Free Labour Church” because labour for its construction was entirely volunteered. The Church exhibits the Gothic Revival style popular among all denominations, but particularly favoured by Anglicans in the 19th and early 20th centuries. Here the style is exhibited by steep-pitched roofs, lancet arched windows, and an asymmetrically located tower. Gothic arches also figure prominently on the interior both as structural elements and trim motifs.

St. Mark’s Anglican School was built as a one-room school in 1912 by master builders William Henry Batten and Nathan Newell. While groups of multi-light windows and hipped roofs were typical of period schools, at St. Mark’s such details are elaborated. The School’s large windows have transom sashes, its roof is rather a half-hip (or “jerkinhead”) with decorative shingle-work in its gable ends, and it boasts several architectural flourishes including a pediment, elliptical window, and built-in clock. The pediment suggests the location of a former entrance. The interior has an attractive patterned ceiling of matched board.

The Church and School have served important spiritual and social functions for residents of Bareneed since their construction. The School in particular has been used for meetings, events, and performances by the Anglican Church Women and other organizations. Together they are representative of the historically close relationship between religion and education in Newfoundland and Labrador, a relationship which manifested in a denominational school system that lasted until 1998.

St. Mark’s Church and School occupy a prominent site in Bareneed, commanding attention from users of the Main Road and visible from several surrounding communities. Their physical arrangement on the site creates something of a public square in the community. In addition to the two surviving structures, the site also contains the foundation of a former carriage house, which stored the congregation’s hearse, as well as the graves of Rev. Canon J.T. and E. Dora Richards. Rev. Richards, a clergyman originally from Bareneed, spent more than 40 years in Flower’s Cove promoting Christianity, education, and economic development on the Northern Peninsula and in Labrador. His efforts and ideas led to the erection of St. Barnabas Anglican Church Registered Heritage Structure in Flower’s Cove.

All original features of the church exterior which relate to its age and style including:

All original features of the church interior which relate to its age and style including:

All original features of the school which relate to its age and style including: 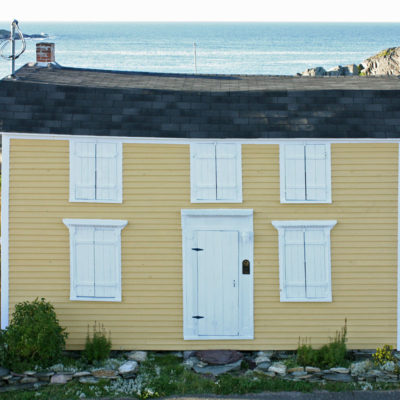 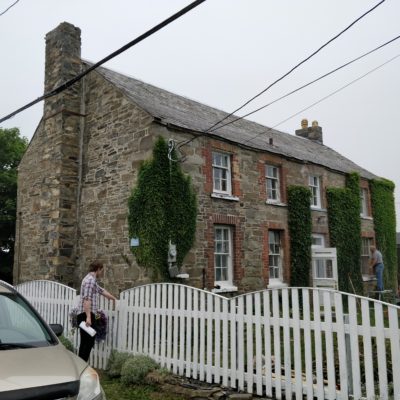 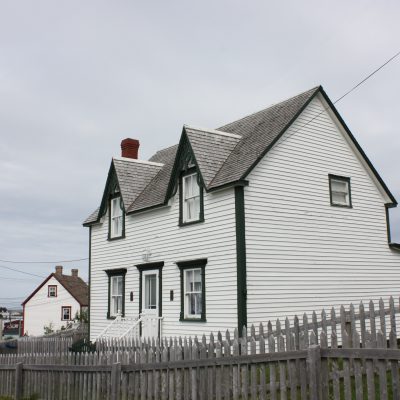