The Courthouse, Gaol and General building in Trinity is a three storey wooden building with mansard roof located on Dock Lane. The designation is confined to the footprint of the building.

The Courthouse, Gaol and General Building in Trinity was designated a Registered Heritage Structure by the Heritage Foundation of Newfoundland and Labrador in 1998 because of its historical and architectural values. The Trinity Courthouse, Gaols, and General Building is historically significant as it a physical reminder of Trinity’s long judicial past. In the early 16th and 17th centuries the harbour in Trinity held the distinction of being one of the best harbours in Newfoundland, resulting in Trinity being chosen as the location for the first courthouse in North America. The first Trinity courthouse was built in 1732, but after years of use and damage from weather it was noted as being one of the worst courthouses in Newfoundland and in desperate need of repair. The Trinity Courthouse, Gaols and General Building was built after it was decided that the first courthouse was in to desperate of a condition to be repaired. Having been the location of the magistrate’s offices, a jail and the postal-telegraph office, this building played an important role for the residents of the Trinity region in respects to the public safety, order, and communications. Architecturally, this building is important because it is characteristic of judicial buildings constructed throughout Newfoundland in the early 20th century. Constructed by William Henry Churchill, this three-storey wooden building features a mansard roof with a tower on the main façade, similar to the courthouses in Placentia and Greenspond. Evenly spaced windows and doors create a symmetrical façade which is common in buildings such as this one. Decorative exterior elements such as the pedimented dormers, entablatures and eaves bracketing have been maintained overtime, whereas the central tower has seen a number of alterations over the years. A stained glass window now replaces the clock which once was inlayed on the main façade of the tower. Its large scale in comparison to the surrounding buildings is suggestive of its importance within the community, both as a symbol of Trinity’s interesting past and as a visual landmark for both residents and tourists. Source: Heritage Foundation of Newfoundland and Labrador property file “Trinity – Trinity Courthouse, Gaol and General Building – FPT 147”

A new General Building was projected for Trinity in 1901, but was not started until 1903 when loans for its construction were completed. The structure cost approximately $5,000.00 and was built identical to the court house at Placentia. The building contained the magistrate’s offices, court room, jail, constable’s residence and postal telegraph office. A 9′ by 14′ shed was added to the rear. A historical marker denoting the significance of Trinity Bay, reads: “Sir Richard Whitbourne first visited Trinity in 1579 HISTORIC SITE TRINITY A court of Admiralty was held here during June 1615 presided over by Sir Richard Whitbourne This was the first such court held in North America” 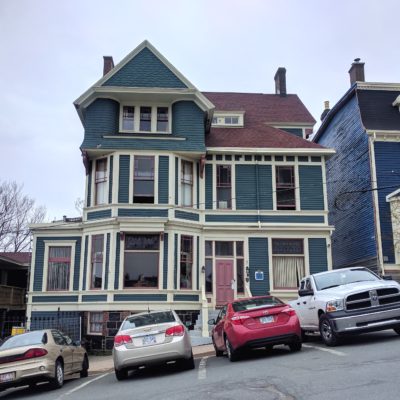 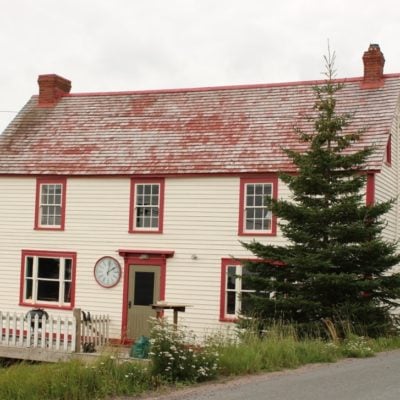 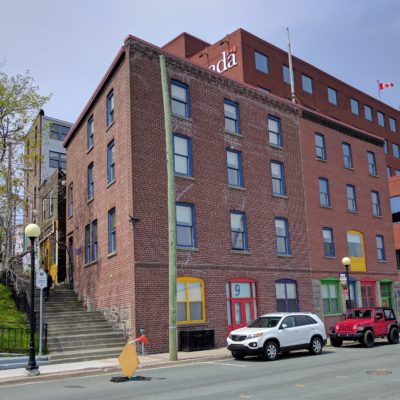