The White House, built between 1800-1830, is a two storey hip roofed house located in Portugal Cove, NL. The designation is confined to the footprint of the building.

The White House was designated a Registered Heritage Structure by the Heritage Foundation of Newfoundland and Labrador in 1986 due to its aesthetic, historic and cultural value.

Construction of the White House is thought to have been completed between 1820-1830, possibly making it one of the oldest structures in the province. It is believed that the house was built for the immigrant family of Michael White, a wood-worker, of County Wexford, Ireland. Given the date of construction, the original owners would have been among the last wave of Irish immigrants to the island but continued to employ the construction techniques of earlier Irish settlers to Newfoundland and Labrador.

The White House contains traditional construction techniques employed by Irish settlers in Newfoundland. Of particular note is the large open fireplace, also known as an inglenook or a chimney corner, which was contained within the centre of the structure and is now a very rare example of Irish vernacular construction in the region. The thick walls of the fireplace are made of stone and, essentially, form a small room open on one side. The hearth floor is made of flagstone onto which an open fire would be placed.  Two benches lined the side walls of the chimney which could seat upwards of ten people to provide warmth in an otherwise uninsulated building.

Traditional inglenooks and chimney-corners would have served as more than just a space for cooking and heating the household. This was where family and friends socialized and cultural values were disseminated. As wood and oil stoves were introduced to rural areas, inglenooks became less common and many were removed, but kitchens continued to be centres of socialization and tradition.

The interior of the White House also contains a newel banister staircase, typical of the early 19th century. The property surrounding the house was at one time farmland, consisting of a barn, root cellar, forge, stone walls and meadows. In the 1920s, the exterior of the house was renovated and the hipped roof was modified to a gambrel roof. By the 1980s it had been unoccupied for a number of years and had deteriorated, and there was concern that the home would be lost. After receiving its heritage designation in 1986, the house was restored, with the exterior being made to reflect its original early 19th century design, along with converting the gambrel roof back to a hipped roof.

All those elements that reflect the Irish vernacular method of construction, including: 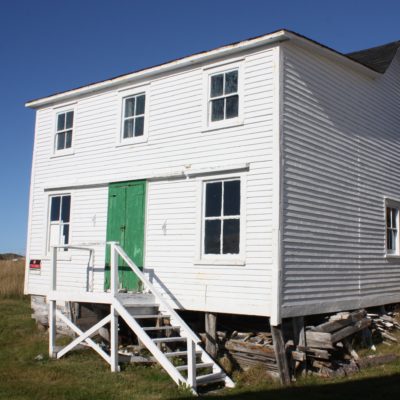 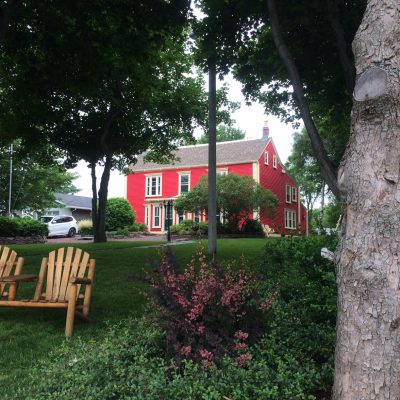 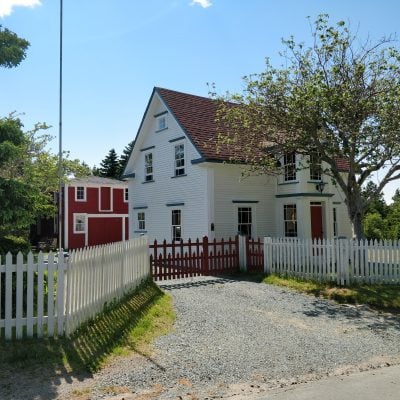