William Alexander House was designated a Registered Heritage Structure by the Heritage Foundation of Newfoundland and Labrador in 1986 due to its historic and aesthetic value.

William Alexander House, also known as Bridge House, was built between 1811 and 1814, making it the oldest residential structure in Newfoundland to which a date has been assigned. In the early 19th century, the merchant William Alexander, of Argyllshire, Scotland, made his home in the flourishing fishing community of Bonavista. During his time in Bonavista he formed the firm of Alexander and Co. and contributed a great deal to the town’s development.

William Alexander House is of particular significance because, although the house is more than two centuries old, both the original owner and the builder are known. Alexander commissioned his fellow Scottish countryman, builder and architect Alexander Strathie of Greenock, Renfrewshire, Scotland, to build him a home in Bonavista. It was the first building that Strathie built in Bonavista, but it would not be his last. Strathie’s architectural legacy continued through the generations, most notably with his grandson Ronald. Ronald Strathie built several homes, commercial buildings, and ecclesiastical structures during his lifetime, many of which have since received heritage designation by the Heritage Foundation of Newfoundland and Labrador, including St. Joseph’s Roman Catholic Presbytery, Loyal Orange Lodge #4, and Alexander Chapel of All Souls Mortuary Chapel, which was funded by the descendants of William Alexander.

Alexander House is prominently located on the harbour front in Bonavista. It is a two-and-a-half storey, Georgian style house with a central hall plan, and features a symmetrical, 3 bay front façade capped by peaked dormers on a steep gable roof with end chimneys. Only one of  two side wings remains.

All architectural features representative of the Georgian style, including:

William Alexander House was listed on Heritage Canada’s Top Ten List of Endangered Historic Places in 2008. Since 1966, the house has been uninhabited, and has fallen into a state of disrepair. Following designation in 1986, a temporary roof was installed to protect the interior of the house from weather damage, however this roof did not last. After the year 2000, the temporary roof was replaced, along with any rotting timbers. The portions of the chimneys above the roof line were removed and the third storey dormers were dismantled and placed inside the building. A great deal of preliminary work has been done in preparation for a restoration project. 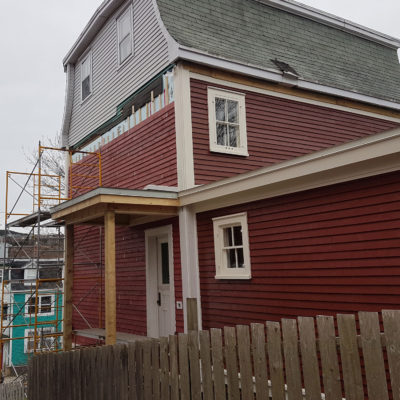 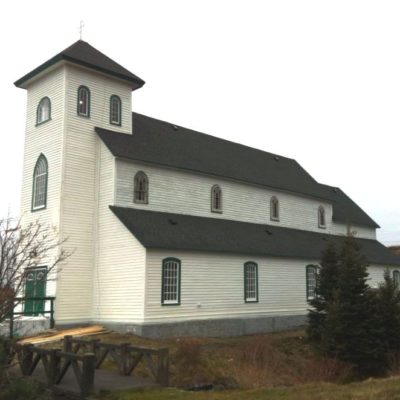 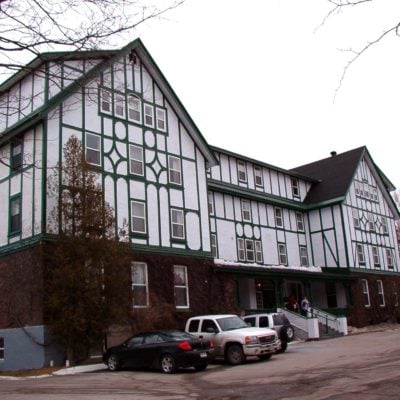