Christ Church is a modest, 19th century, Gothic Revival wood church, based on a modified cruciform plan with a side tower. It is located on a fenced lot in the former village of Quidi Vidi, now part of the city of St. John’s. The church sits on a steep hill overlooking the gut. The building is no longer used as a church and the interior has been altered. The designation is confined to the footprint of the building.

Christ Church was designated a Municipal Heritage Building by the City of St. John’s because it is representative of the architecture of an early-19th-century outport village. This type of architecture is rarely seen today in a modern urban center. Indeed, the village of Quidi Vidi in which Christ Church is located, is rapidly being encroached upon by urban developments, and this type of tiny fishing village is quickly being erased from Newfoundland landscapes. The heritage value of this site resides in its design, form and materials. Christ Church was opened in 1842 as a chapel of ease for St. Thomas’ Anglican Church in St. John’s. Its original design by James Purcell, an architect and builder, was based on a cruciform plan with Gothic Revival detailing, an architectural form and vocabulary favoured by the Anglican Church from the mid 19th-century to the beginning of the 20th century. Christ Church was modified by a series of additions in the 19th and 20th centuries, including the addition of a bell tower in 1890. In its wood construction, scale, plan and evolution, it is consistent with churches constructed across the island of Newfoundland in outport communities.

All those key elements which relate to the vernacular Gothic Revival style, including:

-the cruciform plan of the church body under a crossed gable roof;

-square side tower, capped by a spire, and;

-elements typical of outport construction, notably its relatively small size, the entry through a storm porch, and its interpretation in wood of traditionally masonry construction with elements such as wooden Gothic-Revival style detailing and clapboard siding.

In 1834 an interdenominational group composed of Anglicans, Methodists, and Congregationalists set out to build a chapel for their joint use. The original deed stipulated that should the joint effort be unsuccessful, the building would become the property of the Anglicans. Dissent appeared early. During the construction of the building, the Methodists objected to their funds being used to provide the customary tot of rum for the workmen. Within a few years the interdenominational effort was abandoned and the place fell into ruin. It was once believed that the old church, dilapidated after only eight years, may have been incorporated into the new structure, but that now seems unlikely. The original design by James Purcell, the architect and builder, was cruciform, but has been modified by a series of additions. It was opened on 9 November 1842 as a chapel of ease for St. Thomas’s Anglican Church. The present tower and bell were added around 1890. In 1930, New York film producer Varik Frissell used the interior of this church for the final scene of his historic film, The Viking, the first sound feature made in present-day Canada. By 1966 modern transportation made the use of this chapel unnecessary and the Anglican Synod decided to demolish the building. The Newfoundland Historic Trust was formed to save the little church. The exterior was restored and the interior was renovated. 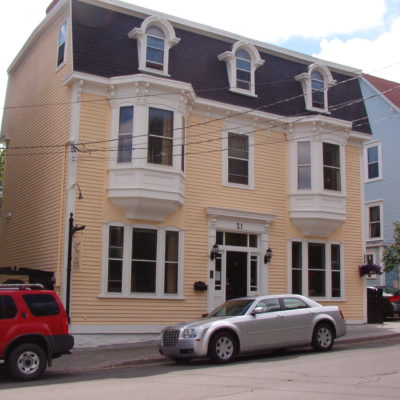 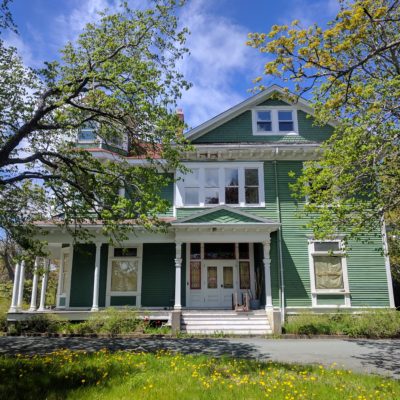 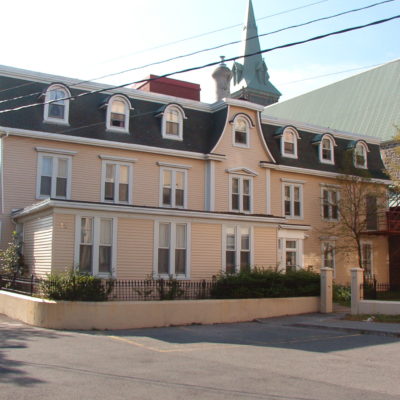