Adam’s Cove Methodist School Hall is a two-story wood community building in a vernacular Palladian style built in 1910-14 on a hill overlooking the ocean in Adam’s Cove, NL. The designation includes the school hall and its interior.

Adam’s Cove Methodist School Hall was designated a Registered Heritage Structure by the Heritage Foundation of Newfoundland and Labrador in 2018 due to its historic, aesthetic and cultural value.

Adam’s Cove Methodist School Hall stands as a symbol of the growth of Adam’s Cove and the Methodist religion leading up to the 20th century. The first Methodist church in Newfoundland was built at nearby Blackhead in 1769 and the denomination flourished in the early 1800s to comprise the majority of area residents by mid-century. In 1857 both Blackhead and Adam’s Cove had schools eventually serving a population of 1600 between Upper Small Point and Western Bay. Adam’s Cove reached more than 450 residents by the early 20th century and the present school hall was constructed anticipating the population’s growing need for education and community gatherings. The first-floor classrooms were used for more than 50 years before regional education was centralized. The second-floor hall was used by the local Methodist community for prayer and to support the denomination’s broader activities including collecting donations for the Methodist orphanage in St. John’s.

Adam’s Cove Methodist School Hall is a well-preserved example of a building type once found in several area communities. It was designed by John Ayre in a vernacular Palladian style and built under foreman William Brennan. Palladianism is exemplified here by the hall’s symmetry, gabled roofs which resemble pediments, and Palladian window arrangements. Similar structures were built in Adam’s Cove, Blackhead, and Winterton. While many outport buildings served multiple purposes, this particular design is unique to the region. It is built atop an early concrete foundation with a relatively low-slope roof and is therefore representative of a transition period in local building practice.

Adam’s Cove Methodist School Hall is a structure built and operated by and for its community. Fundraising and construction was organized by a local committee in collaboration with the Methodist church. Lumber was harvested on community-wide outings and funds came largely from canvassing residents living both at home and abroad, particularly in the northeastern US. Unusually, the completed hall was never owned by the Methodist Board of Education or the provincial Department of Education but was rented from the local committee. The school hall has been operated this way for more than 100 years and in that time has been a venue for Sunday school and prayer meetings, harvest festivals, auctions, garden parties, holiday concerts, and many other community events.

All original features of the exterior which relate to the age and style including:
-cornerstone laid in 1910;
-brick chimney;
-main hip roof with gabled dormer;
-gabled porch roof with shed roofs above the interior stairs;
-Palladian wood windows below the roof gables;
-paired wood windows and trim with taller windows on the second storey;
-wood doors and trim;
-narrow wood clapboard;
-rectangular plan with end-wall entrance;
-locations of wood windows and doors; and
-dimensions and orientation of the building.

All original features of the second floor hall which relate to its age and use including:
-pressed-metal wall and ceiling coverings;
-reversible wood bench seating;
-painted spruce plank flooring;
-folding, stained wood dividing doors and trim;
-painted wood wainscoting and window trim;
-symmetrical wood access stairs;
-raised stage platform at the southern end; and
-the large interior volume of the hall taking up most of the second floor. 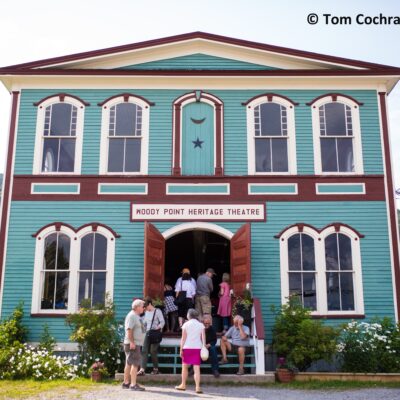 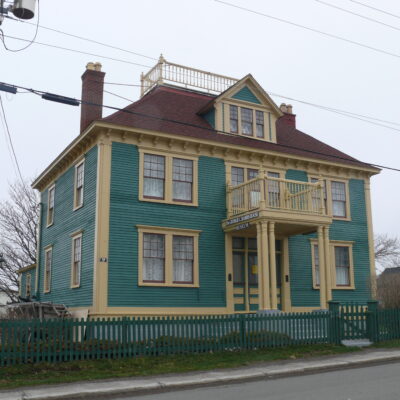 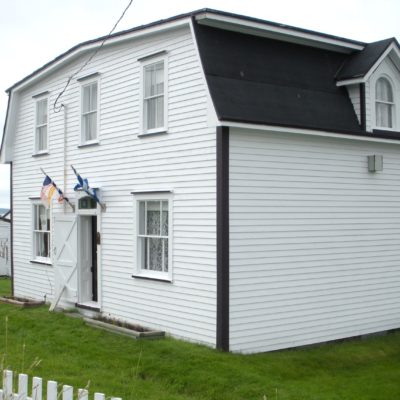